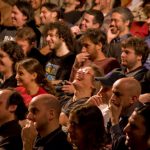 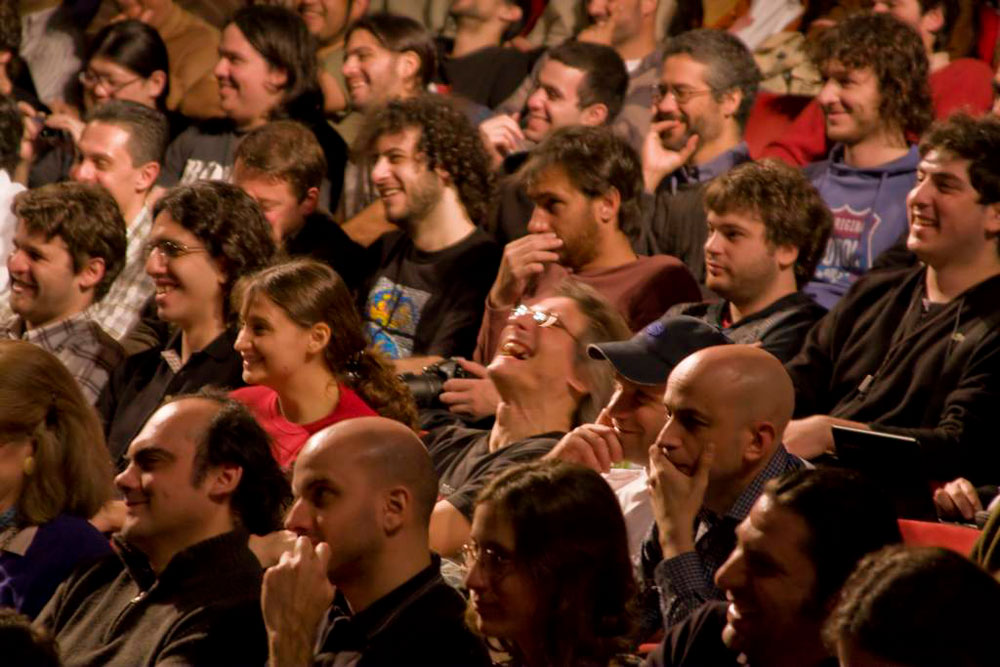 How do great speakers connect, engage and entertain their audiences?

The French author Victor Hugo said, “Laughter is the sun that drives winter from the human face.” Imagine the effect when you are speaking to an audience of dozens, hundreds or thousands!

When used properly, humour is a powerful tool in any speaker’s arsenal and it can have tremendous benefits:

It creates a bond with the audience

A speaker who uses humour well comes across as more human, more likeable. This puts an audience at ease and makes people more receptive to your ideas. As British comedian John Cleese has said, “If I can get you to laugh with me, you like me better, which makes you more open to my ideas.”

It energizes people and keeps them engaged

When we laugh, there is a lot that goes on inside our body. Our heart rate increases and that keeps us stimulated and alert.

It can provide emotional relief for the audience

Many talks are serious and many talks are emotionally challenging for an audience. Well-placed humour can give your audience some much-needed relief in an otherwise serious talk.

It helps the audience remember your points

Laughter has been shown to improve memory and cognitive function. This helps the audience remember your ideas.

It leaves the audience with a good impression of the speaker

In a poignant TED Talk, writer Andrew Solomon shares stories of courage in the face of adversity. In particular, he opens up about his past and his struggle to come to grips with his sexuality.

For the first eight minutes of his talk, Solomon shares stories of adversity. From a woman who was raped and had a child as a result, to a political prisoner who almost died in prison in Myanmar, to his own humiliation and the bullying he endured at school, he holds the audience in his grip but the atmosphere is fraught.

Then, around the eight-minute mark, Solomon says:

This line elicits great laughter and even a bit of applause from the audience.

“My particular favorite was a blonde woman from the Deep South who eventually admitted to me that she was really a necrophiliac, and had taken this job after she got in trouble down at the morgue.”

More laughter. Solomon’s talk continues for another 12 minutes with at least four or five more laughs, and culminates with a very profound, very moving story and message.

The laughter in Solomon’s talk serves an important purpose. It gives the audience emotional relief. If you deliver an emotionally challenging and difficult talk and do not inject any moments of levity, you are asking a lot from your audience. Humour allows the audience to laugh and relax, even if only for a moment or two.

The effect is the same as that for a swimmer who finally surfaces for air after having been underwater for an extended period of time.

For me, Solomon had been laying the foundation for his connection with the audience up until the first laugh. And with the laughter, he cemented that connection. You can see the result at the end of the talk.

In his 2009 TED Talk, Gates speaks passionately about solving some of humanity’s biggest challenges, one of which is malaria.

The first four minutes of the talk are serious, with lots of statistics about trends in child mortality. There is also some background information on malaria, including how it has been eradicated in developed countries but not in poorer countries. It is as this point that Gates moves into discussing ways in which malaria can be stopped in those poorer countries.

To make this transition, Gates uses humour. At 4:15 of the talk, he says,

“[B]ecause the disease is only in the poorer countries, it doesn’t get much investment. For example, there’s more money put into baldness drugs than are put into malaria. Now, baldness, it’s a terrible thing. And rich men are afflicted. And so that’s why that priority has been set.”

Gates’ humour about baldness elicits the first laugh, but he doesn’t stop there. He proceeds to talk about how 200 million people around the world are suffering from malaria at any one time and this can have devastating health and economic consequences.

Gates then says that malaria is transmitted by mosquitos, a fact that this widely known. On a small table on the stage sits a jar containing dozens of mosquitoes. Gates walks over to the jar, opens it and says,

“Now, malaria is of course transmitted by mosquitos. I brought some here, just so you could experience this. We’ll let those roam around the auditorium a little bit. There’s no reason only poor people should have the experience.”

The demonstration is not only humorous; it is concrete and makes the issue of malaria eradication tangible and memorable.

(By the way, the mosquitos were not infected.)

When I worked in the United Nations, I frequently traveled on mission (UN-speak for a business trip) to the Middle East. One time, I led a delegation of around 20 legal and scientific professionals to Iran. As Head of the delegation, I had to give a speech at the opening plenary session.

When I give a speech in foreign country, I often like to say a few opening remarks in the local language. It is usually unexpected and always appreciated. I practiced a couple of paragraphs in Farsi with an Iranian colleague in Geneva before I travelled. He told me, “Your pronunciation is very good, but it’s interesting. Your accent makes you sound like you’re from Afghanistan.”

On the big day in Tehran, the room was packed with many government officials. I took my seat at the head table. Behind me hung an enormous portrait of the Ayatollah Khomeini. It felt like a scene out of a movie!

I gave my opening remarks in Farsi and got a big round of applause. I thought about what my Iranian colleague had told me. Should I mention this? Would it be appropriate? This is an important meeting; is there a place for humour here?

As the applause subsided, I continued (in English), “I’m glad you were able to understand me. My Iranian colleague in Geneva told me that I speak Farsi with an Afghani accent.”

The room erupted with laughter!

And with that laughter, you could feel the tension in the atmosphere melt away.

The discussions would involve many complex issues and were not always easy, but that little bit of humour helped us get down to business in a relaxed frame of mind.

If humour is such a great thing, why is it so often non-existent in the average speech or presentation? Why don’t more speakers use it?

Many people love good humour when they are on the receiving end. But they become very uncomfortable when they have to use it. They often equate humour with comedy and think—incorrectly—that you have to be a stand-up comedian like Steve Martin or Jerry Seinfeld (two of my favourites) to be able to use humour.

Nothing could be further from the truth. Anyone can use humour well; it just takes a bit of practice.

Here are 10 tips to help you tickle your audience’s funny bone:

1) It’s not about telling jokes

Jokes are for stand-up comedians who practice them over and over and over. Unless you are a gifted comedian and comfortable with jokes, jokes are not for you.

2) Don’t try to add humour to your talk

Instead, try to find the humour that already exists in a given situation. In the three examples above, the speakers found humour in three very different scenarios.

3) The humour should relate to your talk

Related to No. 2 above, the humour should, in some way, relate to your talk. Don’t use humour just for the sake of using humour. There should be a link with what you are speaking about.

My comment about my accent in Farsi is an example.

6) Personal stories are a great source of humour

Think back to a time when you made a mistake / were embarrassed / forgot something / etc. and what you learned as a result. Our personal stories are gold mines to be explored. Going forward, keep a story file, either physical or electronic, where you record things that happen to you. Who knows? Today’s gaffe could be tomorrow’s big laugh.

7) Make sure that you find the humour funny

Step back and try to look at it objectively; if it makes you smile or chuckle, chances are you are on the right track.

Ask people whom you trust whether they find it funny.

Many inexperienced speakers make the mistake of continuing to speak when the audience is still laughing at something they just said. The result is that the audience probably cannot hear the first few words and the speaker cuts the laughter short. If you get a laugh, pause and let the laughter run.

Spoiler Alert – sometimes the laughs don’t come! Remember that just because people don’t laugh, it doesn’t mean that they didn’t think it was funny. People are often shy when it comes to laughing, especially when the audience is small. Just smile and continue your talk. After all, you are not there to do comedy, you are there to give a talk.

Speaking humorously is, like most things, a skill that can be learned. Practice by telling humorous anecdotes to friends or colleagues over lunch; join a club like Toastmasters and practice giving humorous speeches; watch examples of humorous speaking online.

Good luck, keep at it and remember that when it comes to getting your message across, good humour is seriously effective.

Stand Up comedians know something about preparing for the unexpected: How to Prepare for the Unexpected Question

What Can Business Presenters Learn from the Best Street Entertainers in the World?