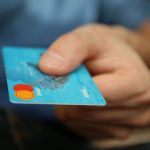 For many in the presentation industry, deciding on an appropriate hourly rate to charge clients can be frustrating. How to determine how much your time is worth as a business can be incredibly difficult. Here, Nolan gives some tips he’s learned from personal experience about summing up an hourly rate by value, rather than time.

I realize that seems quite high—higher than the hourly rate of the country’s top-paid lawyer (rumored to be $1,800/hr.) But recently that’s what my hourly rate worked out to on a recent project when I charged $1,000 for 1/2 hour of work for the setup of the most basic of PowerPoint templates based on an existing design.

Was I price gouging? No. Was I charging for value rather than time? Absolutely.

And when we talk about charging for value, we have to consider supply and demand. $1,800/hr is a lot, but maybe not so much if you feel that lawyer is the only one who can keep you out of jail.

Hiring a plumber to fix a leaking pipe could have huge value for you (like saving your entire house), but because there are so many plumbers in the phone book, supply is high enough to prevent that plumber from charging what that lawyer does. And this now starts to explain my $2,000/hr rate.

Setting up a basic PowerPoint template for a corporation is not brain surgery and something many people could do. But few actually do this kind of work, and even fewer make their living as a presentation professional at a time when it is painfully clear that organizations big and small have increasing needs for quality presentation services.

Every house will have a burst pipe at some point, and so there are lots of plumbers. But this same supply and demand doesn’t seem to work in the world of presentation. Why the paradox?

I think the biggest reason is that presentation design and PowerPoint work is simply not seen a legitimate field by the graphic and digital design communities.

“I Would Rather Poke My Eyes Out than Work in PowerPoint”

Let’s return to my $2,000/hr client. I was actually called by a communications firm that had been hired by a large pharmaceutical company for a rebrand. The firm hired a graphic designer to create a new logo, brand look and style guide. The graphic designer had no problem designing the logo, choosing fonts, specifying digital and print marketing treatments – all things generally part of a style guide. The designer also included a page on how PowerPoint presentations should look with a sample title and content slide. The problem arose when the client asked to have the actual PowerPoint template so their 7,000 employees could start using it. (A reasonable request…) And that’s when the comms firm called in a panic, pleading for help because their designer, “Would rather poke his eyes out than work in PowerPoint.”

Faced with the last minute request and the fact that this would be something that a publicly traded company with a market cap of $5 billion would be using on a daily basis to do business…I’m now thinking my fee was quite the bargain.

If anyone reading this has trouble with charging for value over time, my guess is that you have never worked in corporate branding or licensing. Even though the outputs may look the same, it would be insane to charge Nike that same price for a logo design that you would the corner bakery. And it would similarly be ridiculous to charge Steven Spielberg the same to license a song for one of his movies as you would a local radio commercial. It has to do with the value of the work to the end user and the distribution of that work.

The brand style guide created by the designer is good and will serve the client well. However, the vast majority of the 7,000 employees will never use it as they aren’t involved in print and digital marketing. The vast majority of the employees will, however, be heavily involved in creating presentations for years to come. Like it or not, these days it is through presentations that most companies do most of their communications. Wouldn’t you want to invest some money in making sure your company is well-represented visually in these situations?

It Starts at  a Young Age

Back to my designer friend who would rather jam a Wacom stylus in his eye than launch a .pptx file. The attitude of designers turning their noses up at PowerPoint is not new as PowerPoint is simply not considered a true “design program.” This is a viewpoint that starts for many in design school where presentation design is not even taught. When explaining why, in the course of a four year course of study, not a single moment was spent on presentation design, the chair of a fairly prestigious design program once told me:

I could pick apart each of one of these excuses in depth, but in short: 1) college is not always about what you want to learn, but what you should learn; 2) I could learn to “paint” in an hour too once I learned how to unscrew the tubes of paint and pick up a brush; 3) But I thought you said it only takes an hour…

I’m totally fine with any designer not having an interest in mobile design or product design or UX design. Not every designer can or should do everything. But mobile designers don’t trash talk product designers. UX designers don’t dis motion graphics designers. If a web designer’s project requires illustration skills she doesn’t possess, that designer is going to go out and subcontract with a talented illustrator – not start the conversation by saying, “I don’t respect what you do, but I need you…”

The lack of respect for presentation designers who – like me – may also be print graphic and identity and data designers—is disheartening, but also awesome. It’s disheartening from a collegial can’t-we-all-get-along perspective, but it’s also kind of awesome because it leaves me and many of those reading this right now able to pay their mortgages, take their kids on vacations and have nice satisfying careers working with great clients. You see, if the designer of that style guide had taken a course on presentation design in school, or bothered to spend time learning a little about PowerPoint, then he might have been able to up his fee by $1,000 for an extra 1/2 hour of work. He could offer template setup as a crucial value add to his clients. If PowerPoint is just too complicated for him to understand, he could partner with a presentation designer in the way a web designer partners with coders, to fill in the gaps when needed.

But when attitudes like his about presentation persist, it simply means there is less supply than demand requires. And that means those that are able to provide that supply will continue to provide needed services at rates that at least keep this presentation designer quite happy. You know, I think I’ll take my wife out to a nice dinner this weekend…