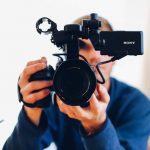 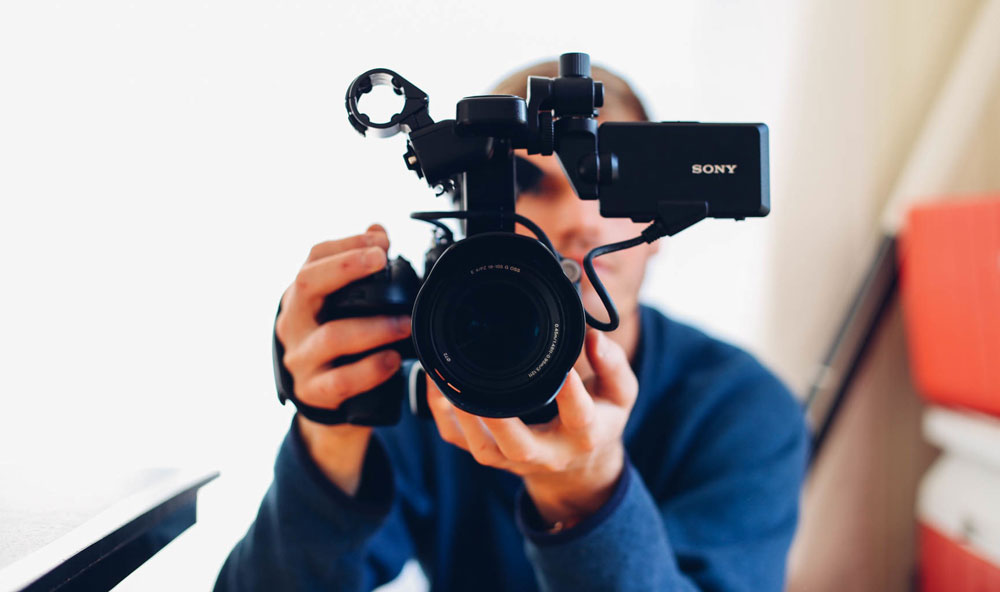 From maintaining good body language to speech preparation, we’re continuously trying to help our audience improve their abilities when presenting. Here, Chad has given us a review of GoReact, a new program that allows speakers to get feedback in real time when presenting.

I once spoke with a professor at Missouri State University. She’d been teaching business presentation courses to graduate students for many years. A believer that feedback is best given immediately, she sat down with one of her students right after a class presentation.

Reviewing her notes, she complimented him on his presentation, then said, “It was a little distracting when you fidgeted with your hands.”  He stared back at her. “I didn’t fidget with my hands,” he said.

“It’s a common nervous habit,” she said. “When you do this with your fingers while you are speaking,” she interlaced her fingers and rocked them back and forth, “it makes it harder to focus on your face and what you are saying.”

The student’s refusal to accept the feedback was frustrating for her. Worse still, she couldn’t tell why. Was the student self-conscious about receiving feedback, did he not understand exactly what she meant, or was he just genuinely blind to his own nervous habits? Whatever the case, there was a disconnect between them preventing his growth.

This professor no longer has this problem. She now records all of her students on video. If there’s a misunderstanding about a certain behavior, she just pulls up the video and shows them what she means. With the fidgeter, this would have allowed her to show him exactly what he was doing and coached him through a correction that ultimately would have made him a better speaker.

How does she do that? She uses GoReact.

It’s no secret that when you’re learning a new skill, watching yourself on video helps you learn faster. It isn’t always comfortable to watch yourself at first. Sometimes it’s painful to see yourself. But it’s essential because the camera is objective. You could be a Fortune 500 CEO or the new guy in sales, the camera doesn’t care. It will treat you both the same. The good and the bad will show through on video, and that’s exactly what you want—objective awareness of yourself.

Jim Knight, director of the Kansas Coaching Project has done a lot of research on using video recordings of teachers and using them to train the next generation of educators. In his coauthored 2012 article, Record, Replay, Reflect: Videotaped Lessons for Teachers and Coaches, Knight says, “Teachers are often surprised by what they see.”

That’s pretty interesting. They are surprised. The student at Missouri State may have been surprised to see himself fidgeting on video. It’s just hard to be objective about our behavior without the perspective of an outsider, and video offers that perfectly.

Video alone is powerful, but add feedback from a coach or mentor with genuine expertise and you’ve got the magic formula for rapidly improving someone’s performance. Video doesn’t just show someone what they are doing, it also triggers an innate motivation to improve. This creates a mental state that is highly receptive to feedback.

Arizona State University swim coach Bob Bowman will never come close to winning the 28 Olympic gold medals of his protege Michael Phelps. Being able to outperform Phelps isn’t the point of a great coach. Giving excellent feedback is. Helping Phelps learn how he can improve even when he is performing at the highest level, is Bowman’s job.

It’s the same for coaching presentation skills. Video plus feedback is the key. That’s where GoReact comes in.

GoReact is a web-based application for capturing video of presentations and providing feedback and critique, all in the cloud. Because it’s online, you can easily coach a presenter remotely. Reviewing presenter videos can be done live as the video streams or later while reviewing a recorded session.

Here’s how it works.

The first step is getting the video into GoReact. Videos can be recorded using anything from sophisticated professional video equipment to a simple webcam or smartphone. Recordings can be captured directly from within GoReact and uploaded from media files stored elsewhere.

As the presenter’s video plays, coaches can start typing whenever they see behaviors they want to comment on. Comments are time-coded to exactly the point in the presentation where the comment began. If the video is a recording, it will auto-pause as coaches start typing and resume once they hit enter. If it’s live… well, it’s live; but the time-code will still attach the moment someone begins typing.

When the presenter watches the video back, they will see comments at exactly the moment in time when they were made. Every item of feedback keeps its context.

What about when the teacher from Missouri State demonstrated to her student what he was doing with his hands? Well, just like Facebook, you can leave video or audio comments in GoReact as well as text. In her situation, she could have recorded herself demonstrating his distracting hand motions and left that video snippet as feedback.

Video and audio comments are time-coded to the video just the same as text comments. More than just interesting variations on text comments, this allows a coach to give feedback by demonstrating how it should be done—everything from tone of voice to body language. Little things like this make it possible to approximate a live coaching session even when working with presenters remotely.

Let’s say more discussion is needed for the presenter to really understand a comment. They’ve seen your feedback, and now they have questions. In GoReact every comment can be replied to and serves as the beginning of a chat-style discussion thread. Presenter and coach can dig in and discuss the detailed aspects of the presentation, with a back-and-forth conversation right in the comment stream.

Visuals can be a huge part of an effective presentation. Despite outstanding resources like Garr Reynold’s Presentation Zen and Nancy Duarte’s Slide-ology, there are still a lot of bad slide decks out there. If you’re coaching a presenter who is using slides, the slide sync feature in GoReact allows those slides to display side-by-side with the video of the presenter. Slide transitions can be automatically captured during a presentation and edited to happen when and where the presenter desires.

The International Coach Federation recently introduced a set of standards and competencies required of candidates seeking to become Professional Certified Coaches. When candidates are evaluated, these standards are identified by markers indicating that the standard has been met. In a recent presentation for the Association of Coach Training Organizations (ACTO), GoReact displayed the software equivalent of markers used to flag any behavior.

Markers are a customizable palette of flags for noting key behaviors. For instance, let’s say you are coaching a presenter on filler words. You can flag every “um,” “ah,” and “you know” in the presentation. The timeline graph will also show a visual representation of where these markers occur in the presentation, so you can tell if they appear clustered at the beginning or the end of a speech.

Maybe the presenter was started out nervously and used more crutch words, but dropped them as they found their stride. Or maybe they became flustered midway through the presentation. GoReact gives you tools to gain deeper insights and accelerate the acquisition of presentation skills.

Maybe you want to coach on the structure of a presentation – you may use structural elements such as how and when the narrative shifts between the current state and a future desired state as Martin Luther King, Jr. did so skillfully in his I Have a Dream speech. Markers allow you to note those thematic shifts and where they occur.

What about measuring competency and mastery of specific speaking skills? Scorecards (rubrics to those of you in academia) are a way to evaluate speakers on predetermined criteria. This is common in communication classes, debate tournaments, and speech competitions like those held by Toastmasters. The National Communication Association has an official Effective Speaking rubric that is used in college speaking competitions. (We have our own simplified version.)

Scorecards have traditionally been kept manually, but with GoReact you can do all the tracking and scoring online. No need to manage sheets of paper and match them to speakers, it’s all done automatically in the cloud.

Perhaps the biggest advantage of these tools is that you can export the data and run analytics. What is the average score of the presenters you coach? Is one presenter better or worse than average? Do you want to share an objective measurement of the effectiveness of your coaching across several presentations? The data is there to show presenters how they have improved.

Whether you are coaching executives or students, whether you’re recording face-to-face sessions or doing everything remotely, whether you are focused on teaching others or prepping for a big presentation yourself, GoReact is worth checking out. You can get a free instructor account at goreact.com, but presentation coaching is a multi-player activity.

So, you’ll want to invite a colleague or friend to interact with you. Free accounts include 30 minutes of video recording/upload time. The trial never expires, so you can kick the tires as long as you want. If you like what you see, you can sign up for a low monthly fee.

Head of Marketing at GoReact
Chad spreads the GoReact word to every instructor, coach or mentor who needs better feedback tools. He's led marketing teams to beaucoup revenue growth for nearly two decades, including Provo Craft (retail division), AtTask (now Workfront) and WakeUpNow. Chad has a BFA in Ceramics (really) as well as an MBA from the University of Utah.