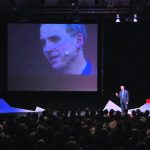 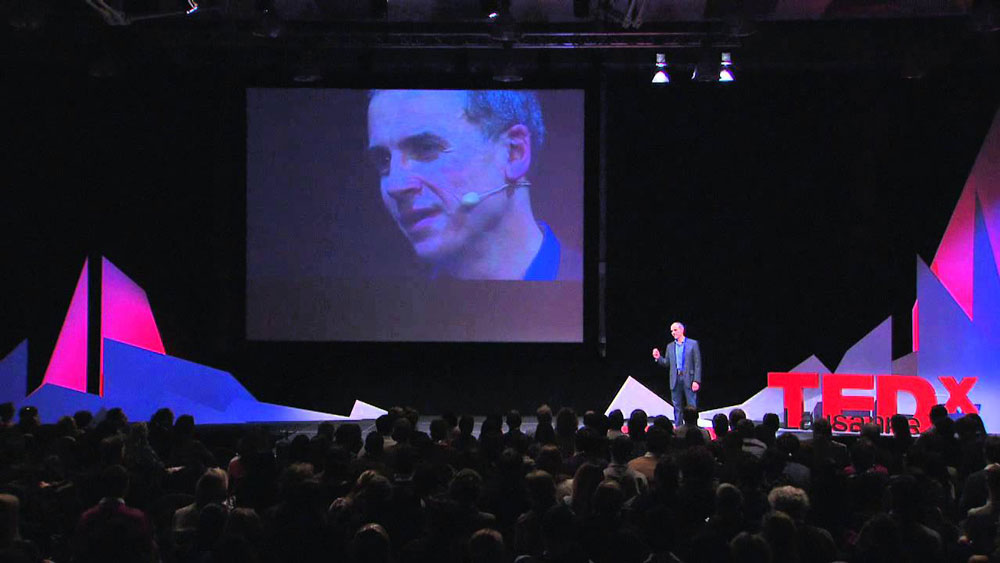 TED and TEDx are must-have masterclasses for anybody wanting to learn how to present well. John Zimmer, one of the core members of Presentation Guru, gave his own TED speech in 2014 and talks here about the experience and lessons he learned.

Speaking at a TEDx event is a thrill, but it is also very draining. It is a treat to be able to relax as a member of the audience and enjoy the talks. And what talks!

From making books accessible for the blind to fighting ebola; from education in Uganda to open source hardware; from rethinking our cities to tales of heroism in Chechnya, Afghanistan and other places afflicted with conflict, TEDx Place des Nations was inspiring.

Because I had arrived early, I had a great seat (third row centre with a desk) and was able to note down several observations for each speaker. It was interesting to review my notes and see the parallels between the different talks.

Every speaker spoke passionately about his or her topic. Whether it was big data or women’s rights in Afghanistan, it was clear that the speakers believed deeply in what they were saying. In some cases, the passion was loud, in some cases it was quiet. In all cases, it was powerful. When you speak with passion, in whatever form, you have a greater chance of engaging with the audience.

I was pleasantly surprised at how many speakers used the power of the pause to enhance their talks. Those pauses came at key moments in the talks and they allowed the audience to absorb and reflect on the words that had just been spoken.

Most of the speakers used slides to support their talks. A few of those slides were, in my opinion, cluttered with too much information. Fortunately, such slides were in the minority. Most slides had only a few key words or no words at all. There were great visuals. There were simple graphs and charts. There were some fascinating animations (e.g., tiny beams of light representing people moving about Geneva, based on data from their smart phones).

When you keep your slides clean, they support your talk and don’t distract the audience.

Most of the talks, even the most serious, contained elements of humour. For example, Vincent Cochetel, Director at the United Nations High Commissioner for Refugees, spoke movingly about his colleagues who were killed in the line of duty while working in conflict situations.

He also spoke about his own harrowing experience of being held hostage for 317 days in Chechnya. At one point, he showed a picture of himself the day he was released. He had gone almost an entire year without shaving. He looked at the picture a moment and said, “That beard would be trendy today.” It gave the audience permission to laugh and helped ease the tension that had been built up. Humour can be a powerful tool.

If you discover appropriate and genuine opportunities to use humour in a talk—as opposed to trying to force it—consider doing so.

All in all, an enjoyable, informative and inspiring event. If you have an opportunity to attend a TEDx event near you, I encourage you to do so.