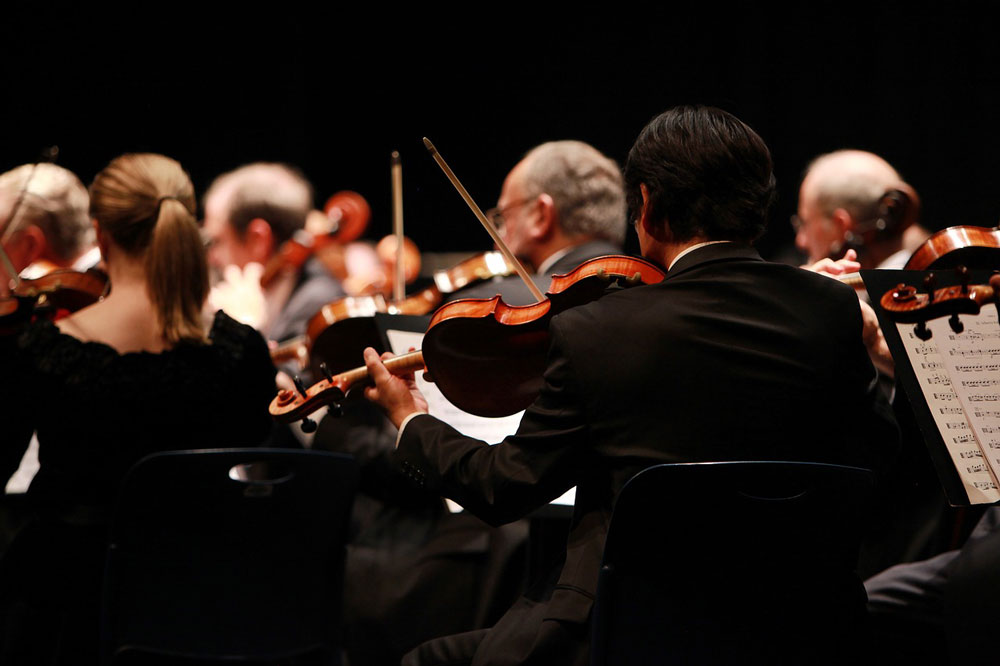 Welcome to the latest in my occasional series of ‘How to….’ articles. In this one we’re going to talk about pattern-breaking and what you can do to get the audience’s attention by doing the unexpected.

Remember, as a presenter, your success depends on your ability to grab, and then keep, your audience’s attention. ‘Breaking the pattern’ can be a key tool in the presenter’s armoury as a way of suddenly doing something that is unexpected or different. Musicians have been doing this for a long time with key changes. And so, inspired by the case of Joseph Haydn’s Surprise Symphony, this blog has a musical theme. (I was always told that Haydn inserted the ‘surprises’ to break the classical patterns and make sure his audience didn’t fall asleep – so just as relevant to us!) Each of the six techniques is therefore named after a widely recognised musical technique:

Many people would say that you shouldn’t break the pattern at the very beginning of your presentation. At least at the start, conventional wisdom suggests, you should conform to expectations. And while it is true that you should go some way to meeting people’s expectations, there is still scope to avoid the cliché of walking up to the podium and starting your talk.

Options here could include a short video, some uplifting music, maybe a provocative question? And who says you have to start at the front of the room? I once coached a CEO who was doing an all-staff meeting. He started his speech at the back of the room and slowly walked his way forward stopping to say thank you to various employees as he went along. It was personal, dramatic, and impactful.

Another overture can be to arouse curiosity. I run a business simulation called Corporate Snakes and Career Ladders where we put various materials around the room and sealed envelopes on tables. This gets people wondering – and talking with each other and sets the scenes for some collaborative discussions.

Lastly, Chekhov’s Gun. Read on to find out what this means.

In my previous article on storytelling I talked about changing tone or lowering your voice. Speeding up. Slowing down. Staccato sentences. Or longer more discursive ones that help cover more nuanced ground. You also have the option of turning the projector off.

The purpose of this is to signal a different section of your speech. You are saying “this point is important so I’m going to emphasise it”. Key changes help you recapture your audience’s attention. By breaking the pattern, you are asking your audience to re-tune and re-connect with your content. As I mentioned, composers have known this for a long time and use this technique to introduce light and shade in their material. Now you can too.

Silence. The under-rated instrument in the composer’s toolkit.

Pauses have power. Putting a ‘rest bar’ or a caesura in your speech can help a key point land fully in people’s mind. It gives them a chance to think about what you have just said and maybe even write it down.

The challenge is that it is scary just to stand there in front of everyone, doing nothing. My best tip is to put your water at the other side of the stage and extend your pauses by having to go and get a drink at key points. I once had to present to an audience of 200. On a bare stage – no podium, table or anything.  So I had to put my water bottle at the back of the stage, far from the spot I was talking from. At one point I ended a big section with some key points and an arresting visual. By coincidence, at that point I needed a drink. It took me about 10 seconds to go to the back of the stage, have my drink, and return to the front. The feedback I had was that my accidental pause turned out to be very powerful.

It doesn’t always have to be you presenting. Can you include something in a different media? A video vox pop? A brief segment from someone else? Interactive audience voting? Music?

Seeing as we are on a musical theme, let me tell you about a time I used music itself in a presentation about leadership styles. My talk was on the different ways in which leaders can lead and I wanted real-life examples that people could relate to. So I turned it into a bit of a musical quiz and played a piece of music associated with each real-life leader. We turned the volume up high and once enough people had put up their hand to say they knew who it was, we turned it off and I went back into ‘normal’ mode talking about that leader for a bit, and then moved on to the next piece of music and the next leader. The moment I kicked off that whole segment with “we’re going to have a music quiz” I’d broken the pattern.  (Of course, I did have a ‘slave’ at the back of the room in charge of audio.)

Most concerts have an intermission. Why can’t you? Of course, your speech is unlikely to be 2-3 hours long so no time for ice creams and toilet breaks. How to adapt the idea to fit the context of a shorter speech? Here are two ideas:

By having a little intermission or break in your talk you are deciding the moment that it is “OK” for the audience to stop paying attention for a little bit. If you don’t choose this moment, they will likely do it for you by getting out their phones or whatever. An intermission allows your audience to go into ‘neutral’ for a bit and then re-engage when you are ready.

All great shows end with a bang. The band’s biggest hit, the comedian’s best joke, or maybe a climactic ending, with live cannons.  And yet how many times have you seen a presenter dribble to a feeble close… “any more questions? … no? … well I guess that’s it then … um … thanks …”? And while you are probably expecting too much if you think you can walk off the stage and be called back for an encore, there are a couple of things you can do to ensure you end with a memorable bang.

By using one or more of these techniques you can ‘break the pattern’ and keep your audience alert, thereby increasing the power and impact of your messages. Let me know in the comments below how you get on and what has worked for you.