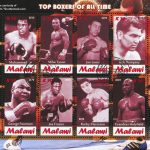 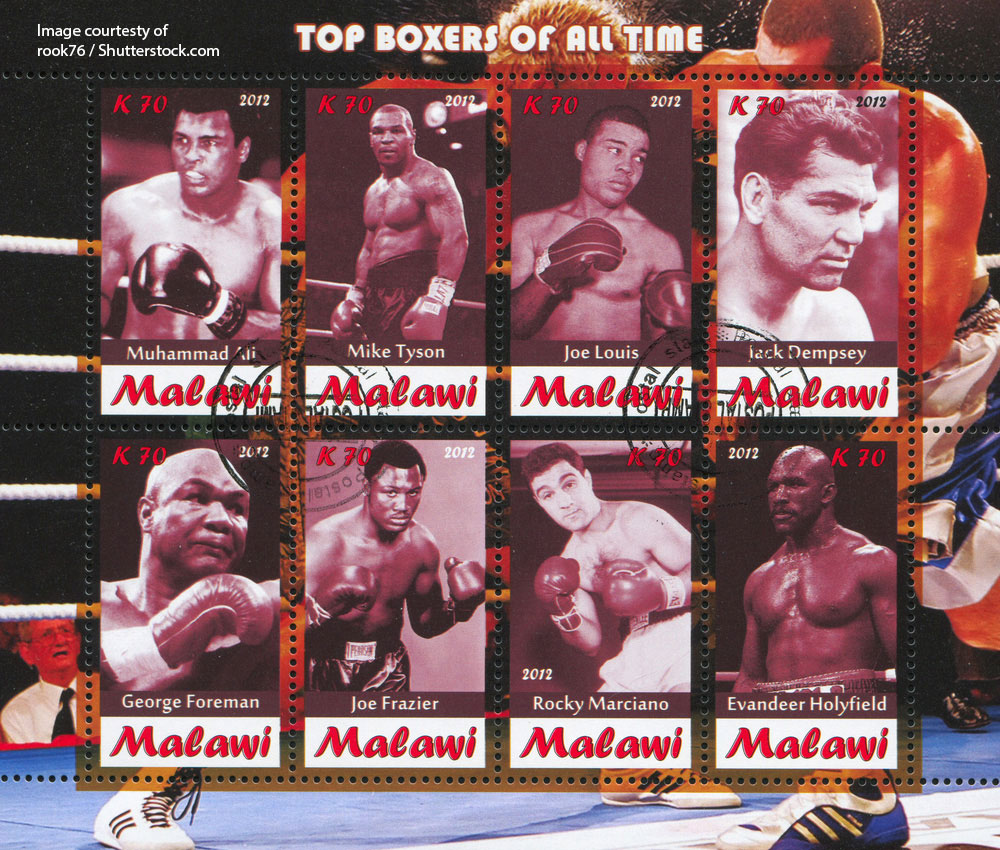 We recently posted on the importance of simple Story Structure as the basic framework for every presentation made, speech written and story told. Without such structure, audiences can be lost, because they are brought up to expect that invisible hand to guide them through every story they encounter. In that exploration of story, we touched upon the importance of the central characters to truly engage the listener in the tale; and everybody knows that a great story needs a hero for us to care about and a villain for us to loathe and fear. Here, Jack Vincent explores that contrast between good and evil  as an essential component in any story, and every storyteller’s toolkit.

Muhammad Ali’s storied life is exactly that: a great story.

As presenters, we often hear that storytelling is a powerful tool to use within our talks. If we use the timeless techniques of great literary works generally, and the Hero’s Journey formula specifically, we can learn a great lesson from Muhammad Ali’s story.

Here’s why we can thank Joe Frazier for his role in Muhammad Ali’s story.

“I am the greatest!”

Indeed, Muhammad Ali proclaimed himself as boxing’s greatest more than once.

But who would’ve cared if Ali’s rivals were mediocre?

What made Ali such a compelling personality was the fact that he continually faced great antagonists — from the U.S. government in the Vietnam War draft to the Parkinson Syndrome that challenged him late in life.

And of course, his opponents in the ring.

To many, including myself, the most memorable images of Ali’s career were his heavyweight fights with Smokin’ Joe Frazier, the relentless aggressor. Frazier seemed to never stop coming, driving Ali back with bruising left hooks and vicious right upper cuts.

And Ali never seemed to stop playing rope-a-dope, tiring Frazier out by playing the role of yin versus Frazier’s yang, before the judges would give a unanimous decision after a grueling battle, or before the ref would stop the fight before the last round to save the gutsy opponent from possible death.

Of course, Ali did not win every battle, and this is a critical component to great storytelling.

The antagonist wins some of the battles, providing the protagonist with major setbacks and making the storyline all the more compelling.

The Antagonist Makes The Protagonist Interesting

“Your protagonist is only as interesting as your antagonist makes him.”

I use that quote often, in fact, as recently as my TEDxHochschuleLuzern Talk in May: Coffee With JK Rowling – Storytelling & The Hero’s Journey. In the Harry Potter series, Lord Voldemort is the antagonist that makes Harry such a compelling hero, and the story itself such a compelling one. In The Matrix, Agent Smith is the antagonist who personifies the dark side, and whose darkness makes Neo struggle, helping to bring out the best in Neo, and giving us the lesson to be learned.

Look at any great piece of literature or any great science fiction movie, and you’ll see. Without an interesting antagonist, the hero-protagonist would simply be uninteresting.

This also works in presentations!

When telling a story, make sure you identify your hero-protagonist and your primary antagonist, and then ask yourself: Is your antagonist compelling enough to bring out the very best in your hero?

The Going Really Does Have To Get Tough

It seemed like clear sailing for Ali early in his career. After winning the gold medal in the 1960 Olympic Summer Games in Rome, Cassius Clay (Ali’s given name at birth) quickly became professional and proceeded to win his first 19 heavyweight bouts.

Champion Sonny Liston then gave Ali a shot at the title, and Ali had his way with Liston through six rounds. Bloodied and dazed, Liston did not come out of his corner for the seventh round. Ali had won. He was the new heavyweight champion. But the story had only just begun. Along the way, it had sub-plots and secondary antagonists. The proverbial plot continually thickened.

After three years of successfully defending the crown, Ali was stripped of the title for refusing induction to the U.S. armed forces. He would not go to war in Vietnam. Indeed, the U.S. government and the world boxing authorities were secondary antagonists in this sub-plot, and they were compelling antagonists at that.

“I ain’t got no quarrel with those Vietcong!” Ali screamed.

While some Americans called him cowardly and others called him brave, Ali refused to serve in the military, holding strong to his principles, as heroes do. In the ensuing vacuum at the top of heavyweight boxing, Smokin’ Joe Frazier, also an Olympic champion (Tokyo, 1964), fought his way to the top and became the heavyweight champion.

As the dust settled from the Vietnam War debacle, Ali wanted the championship back. Like the aforementioned heroes of Harry Potter and Neo, Ali did not win every battle against who was to become his biggest foe.

Frazier beat Ali in their first matchup — branded like the title of a great book, The Fight of The Century, in New York’s Madison Square Garden.

In the 15th and final round, Frazier knocked Ali down with his famous left hook, and Frazier won by unanimous decision. Ali did not reclaim his title.

The hero, however, did not give up. Three years later, neither Ali nor Frazier held the championship. George Foreman had in the meantime dethroned Frazier with a knock-out that left no doubt.

Ali now wanted Foreman, but Foreman put one condition on accepting a fight with Ali: Ali had to beat Frazier first.

And so Ali did beat him, again in Madison Square Garden, and again in a grueling battle that went the full distance. The judges gave the fight to Ali in a unanimous decision.

So Foreman gave Ali his shot that same year.

And Ali went on to beat Foreman with an eighth-round knock-out. The title was again Ali’s, but this was another mere sub-plot in the bigger story.

Back to the main plot, after winning back the heavyweight title, Ali gave Smokin’ Joe a rematch.

Their third and final fight, The Thrilla in Manila, is regarded by many as the greatest fight in the history of boxing. The lead-up to The Thrilla was bitter, with Ali trash-talking Frazier. Even with both men being black, Ali’s words today would be considered racist and hateful.

But Who Said The Hero Is All Good?

And who said the antagonist is all bad? Going into The Thrilla in Manila, the roles of antagonist vs. protagonist were blurred, as if often the case with great writing — and as is often the case in character development entwined in a plot that keeps the audience on the edge of its seats.

The lead-up to the fight was loaded with Ali’s antics and Frazier’s bitter rebuttals. The two rivals even got into a shoving match in a joint interview with commentator, Howard Cosell.

The hatred between the two characters was palpable, and the story was as great as it ever got in boxing.

Ali reigned in Manila. Round after round, he chopped Frazier to pieces. But, like a bull facing a matador, Frazier persisted. Some wondered if Frazier would even survive the brutal 14th round… and by survive, we’re talking “live through it.” It was ugly, very ugly.

It ended with the ref calling the fight after the 14th, not allowing Frazier to leave his corner for the final round, because… Smokin’ Joe had lost his smoke.

A Great Legacy Because Of A Great Storyline

What ratified Mohammed Ali as The Greatest was not his own claims that he was the greatest. It was the struggles he had to overcome, and the primary struggle came from a challenging and deserving antagonist: Joe Frazier. Perhaps the American sports channel ESPN said it best. “In the ring, Frazier was a bull that didn’t need a cape… It was that relentlessness — the near-total abandonment of duck-and-cover, the philosophy that one must absorb punishment before one can properly distribute it — that defined Frazier’s boxing career and has defined his life.

“And it was that relentlessness that made him the perfect foil for his nemesis, Muhammad Ali. Discussing Frazier’s boxing career without bringing up Ali is like talking about Neil Armstrong without mentioning the moon.”

No doubt, it works both ways. Discussing Ali’s heroic career without bringing up Frazier as his primary antagonist would simply be lame storytelling…

… because the protagonist is only as interesting as the antagonist makes him.

Your Stories & Your Presentations

The Muhammad Ali story provides us with a great tool for our own stories within our presentations. Here’s a few simple things you can do to add power and impact when you speak:

What would Steve Jobs have been without Bill Gates? Apple without Microsoft? Or Gandhi without the British Empire?

How about JFK without Nixon? Or even Hillary without Trump?

If your story hasn’t got a villain, then guess what? You don’t have a story.

Jack is the author of A Sale Is A Love Affair - Seduce, Engage & Win Customers’ Hearts, which was the Number 1 New Release in Sales on Amazon in February 2015. He’s a sales advisor and trainer to Fortune 500 Companies and startups alike, a marketing consultant in the area of business storytelling and a professional speaker. Jack is a native of Woodstock, NY and now divides his time between Luzern, Switzerland and Madrid, Spain.