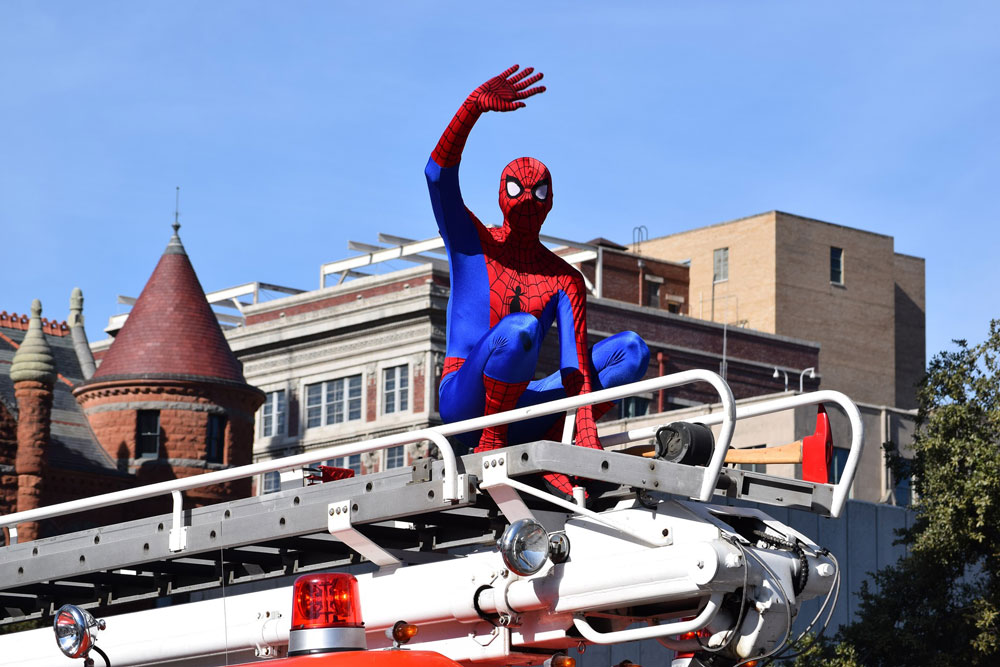 Engaging the audience is crucial in any presentation, but far too often we can get caught using our own experiences as a source of motivation for our listeners. The time of wagging your finger and telling the audience your own story has come and gone. Here, Jack writes about making your audience the hero, and letting yourself step back and be the mentor.

You’re preparing for an important presentation or pitch, and you’ve crafted a great story. But do you have the wrong hero?

Here’s why it’s more compelling — and valuable — to position yourself not as the hero in the story, but as the mentor.

Several years ago, the CEO of a startup was preparing for a prospective client pitch. He was also planning to use much of the material in his upcoming talk at an important industry conference. He had several anecdotes and stories, all of them powerful in their own right. When he began his third one, my discomfort became noticeable.

“You’re not going to like this,” I replied. “All your stories are about you.”

“Hey! You’re the guy who says that emotions sell,” he said. “This stuff comes from deep within. What better way to tell an emotional story than to be my story?”

“You want to give the most compelling pitch you can, right? Ultimately, you want to sell.”

“Stay with stories,” I said, “but tell someone else’s story! When it comes to conference talks, audiences today are getting tired of the ‘My Struggle and Your Lesson’ Talks. This will sound brutal, and I’m not singling you out; in fact it applies to an entire army of presenters and vendors out there today. It’s all becoming … a bit narcissistic.”

“But I want to show the audience that I’m battle-tested,” he responded. “What better way to show my expertise than to show them I’ve been through this, too?”

“Do you want your prospects to see you as likable and emotionally vulnerable… or professional and commercially valuable?”

I continued, “A knee surgeon may have never had knee surgery. Does that make the guy with the bad knee the expert? Which one of the two would you wish to give you advice on your knee, or even operate on it?”

You are not the hero – your customer is

The best salespeople know this.

In great literature and great storytelling over the centuries, heroes struggle! They don’t have all the answers. They crave guidance and help.

A classic example is Harry Potter. One of the great lines in this great work of our time is when Professor Dumbledore tells Harry, “It is our choices, Harry, that show what we truly are, far more than our abilities.”

Harry is the hero. And Harry was, at this point in the story, struggling with a decision, a choice.

Your prospects have a choice, too: the competition or you

So now you have a choice. When you prepare your next pitch or conference speech around a story, do you want to be the hero… or the mentor?

Before you answer, consider this: Do you want to captivate your audience and be seen as valuable?

If you stand up in front of an audience, and essentially say, “I’m going to tell you about my struggle and what you can learn from this.” From my experience, roughly a third of the audience will switch off, and another third will say to themselves, “Here we go again. Another touchy-feely, vulnerable narcissist.”

Congratulations! You’ve only lost 67% of the audience and are not even sure if the remaining 33% is the top third of your target audience!

Perhaps I am just cynical. But I’ve sat in audiences… surrounded by other audience members … and this is reality. Sure, some audience members will smile endearingly. But don’t limit your observation to the supporters.

So, yeah! Give me a struggle. Just make sure it’s somebody else’s.

Crafting a talk, and certainly opening a talk, around your “glorious struggle” runs the danger of positioning you as self-absorbed.

If, however, you build your pitch around someone else’s struggle, it will position you as someone who has, at the very least, done good research or, even better, as a professional who has helped heroes through their struggle to success.

In sales, you are not the hero – you are the mentor

Harry Potter was the hero. And Professor Dumbledore was the mentor. And what a valuable role he played, to the story and to Harry!

Let’s take another film, The Matrix.

Neo was the hero. Morpheus was the mentor. Who can forget the classic moment in the film when Lawrence Fishburne’s character, in those mirrored sunglasses, tells Keanu Reaves’ character: “You are the one, Neo.”

What a killer line! What an impact!

For me, it has particular impact because like Harry Potter, The Matrix is classic, classic, Hero’s Journey.

The Hero’s Journey is a formula for storytelling that applies not just to literature and filmmaking, but to business. And built within every Hero’s Journey is the finding of the mentor. The mentor is valuable!

The mentor is also a great salesperson

The mentor doesn’t tell the hero too much, too soon. The mentor, entices the hero to cross the threshold, then persuades the hero to walk through the fire. (Some experts on the Hero’s Journey would say, to enter the belly of the whale.)

Like Harry, Neo faced many choices, including, perhaps, the most famous one laid out by Morpheus.

“You take the blue pill, the story ends. You wake up in your bed and believe whatever you want to believe. You take the red pill, you stay in Wonderland, and I show you how deep the rabbit hole goes.”

Be the mentor, and make a past customer your hero.

The benefits of being the mentor

When done tactfully, there are three benefits of playing the role of the mentor:

As always, be careful not to sell from the stage. Don’t talk about your value, show it. Your value statement should be subtly woven into your story.

When people see you as the mentor, they see your value. And they more often buy from you.

Jack is the author of A Sale Is A Love Affair - Seduce, Engage & Win Customers’ Hearts, which was the Number 1 New Release in Sales on Amazon in February 2015. He’s a sales advisor and trainer to Fortune 500 Companies and startups alike, a marketing consultant in the area of business storytelling and a professional speaker. Jack is a native of Woodstock, NY and now divides his time between Luzern, Switzerland and Madrid, Spain.