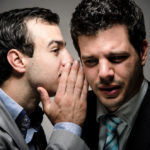 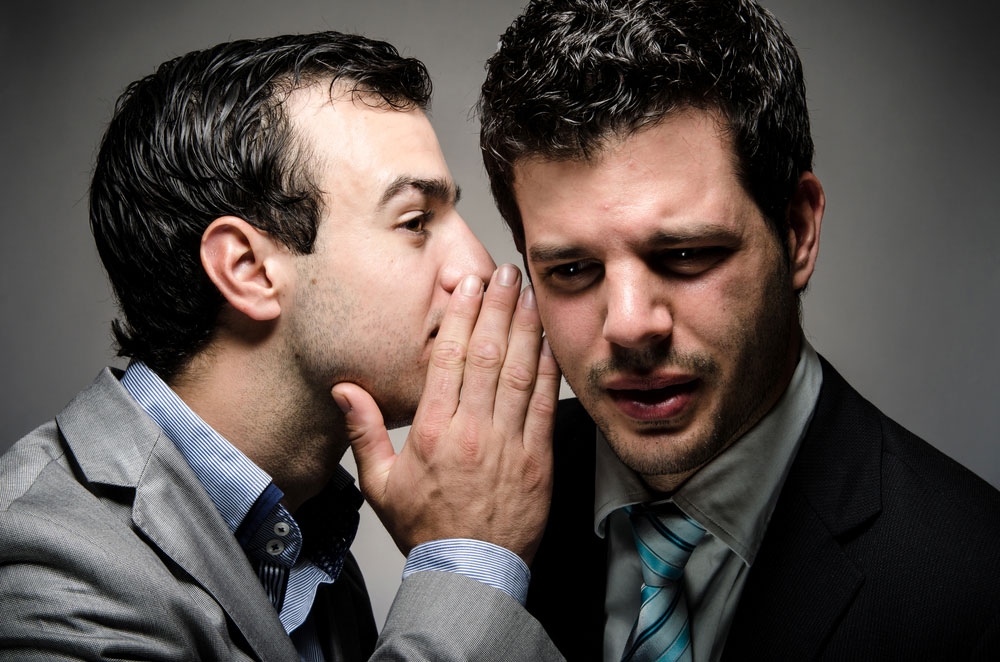 In this article, Jim Harvey identifies 3 new rules to help the less experienced presenter who wants to stand out, to build their confidence and skills more quickly. It’s simple advice and a refreshingly direct and straightforward approach based on Jim’s experience of working with thousands of speakers over the last 25 years: speakers who had talent, experience or both, but were held back from giving the kind of performance that they wanted to give.

We’ve all seen those adverts for public speaking courses and coaches, haven’t we? They start with a commonly held ‘universal truth’ to help attract customers to their service. ‘Public speaking is more scary than death’ or ‘Are you a nervous speaker?’, and they proceed, through tales of terror and torture, to empathise with the nervous speaker and wrap them in a warm blanket of understanding as a way of getting their ‘buy-in’ to whatever it is they are selling. And it seems to work. But I wonder if that approach is ‘true’ or even helpful.

Given the choice between actual death and making a speech, can you imagine anyone choosing the drop and long wait over the short talk?

Nope, neither can I.

Of course it isn’t. It’s a skill that nearly everyone can learn

Yes, people are scared of exposure, of making fools of themselves in public, but so what? We’re all terrified of something, aren’t we? We all know that people can do all kinds of things if they are prepared to work hard and if they receive the right kind of help, can’t they?

When presentation coaches offer too much sympathy, by telling people that presenting is really hard and frightening, are we helping them to overcome the challenge? I don’t think so.

It’s our job to build their confidence, not to take it away from them

As presentation trainers and coaches, we’re selling confidence to our clients – or at least the path to it. Confidence (for the sane, at least) comes from technique and experience multiplied. Only when we’ve got skills, and proved and refined them in the fire, should we have confidence. To suggest that people should have confidence before they have skill and/or experience would seem slightly dumb to me.

‘Hello Doctor. How confident are you about my triple-bypass operation tomorrow?’

‘How many times have you done this operation?’

‘Yes. Once. And it went very well right up til the end.

‘The dog died after complications.’

‘Yes. I’ve never done this on a human, but it’s not that difficult. Hello? Hello? Where did you go?’

Stop with all the sympathy – it’s not helpful

When I’m working with people, helping to get them to the next level of skill as a speaker or a salesperson, I tend to give them the following three ‘principles’ to consider when we’re rehearsing or creating a presentation, because they’re nervous, and want to do well.

I find that getting those alternative ‘truths’ out early in the process really helps focus people’s minds on the task in hand. I’m never cruel, but I am persistent and assertive with the nervous speaker. In my experience, the nervous speaker:

I often start a rehearsal with those words, particularly when the speaker is holding their nerves in front of them like a shield. When I say them out loud, most people laugh. Why? Because I think that they find it refreshing, and honest and it takes them out of their nervous ‘state’ by injecting a little rational thinking at a time when they need it most.

Those three principles again with a little explanation

1. Nobody cares – unless you make them

The sooner a presenter finds out that stuff goes wrong all of the time, and that it doesn’t really matter when it happens, the sooner they’ll be ready to face anything. The experienced speaker knows that things really do, and definitely will, go wrong. You’ll forget your words; the slides won’t work; you’ll start late; there’ll be a power cut; all of these things happen, but nobody really cares, and most people will have forgotten what happened by the time they start their next meeting.

Remember you’re only speaking. You’re not doing open heart surgery, or prosecuting a murderer, and even if you are doing those things, stop worrying about what might go wrong and work much harder on:

People only care when you make a mistake if you make them feel bad. The old-time comic Bob Hope once said,

Here are 2 great examples of what he means. These examples show how the presenter defines whether their mistake is remembered or forgotten by how they respond to the event.

How bad did you feel when Steve Sinofsky realized that he was in trouble? He made us feel terrible. He transferred his terror in that moment to us. He was unprepared for the minor technical problem and he handled it badly. That made the whole presentation and the show memorable for the wrong reason.

Steve Jobs was totally prepared. He made one mistake and had one technical glitch. We missed the first one and enjoyed his calm handling of the second. It affected nothing and nobody because he was totally prepared for it and handled it with real cool.

If we all learn to handle the inevitable pitfalls then nobody will ever remember what went wrong – that’s why I say ‘nobody cares’ except for you. For more on this read this really interesting article about learning to handle it when you fall flat on your face.

2. Nobody is going to die – let’s keep a sense of perspective

Let’s keep our feet on the ground here. Some of us have a tendency to ‘over dramatise’ the importance of the things we do and the things that happen to us, giving things more importance than they really have. That tendency can make us lose perspective. When that happens we can become unbalanced. So if we forget our words for a moment, or if something unexpected happens, we tend to overreact.

People do die in the course of their work, of course, but it’s not usually us presenters. Think of the thousands of wounded servicemen and women who return from overseas and have to rebuild shattered bodies and lives. Is their challenge less difficult than having to make presentation? Again, I’d suggest not. What they do, that is so inspiring, is accept that their injury is something that they have to deal with, and take steps to adjust and move on.

The worst that will happen to us is that we might fail to achieve what we wanted to, so we should ask ourselves some simple questions way before the event. Questions like:

The simple reminder that what we’re doing is important to us, but not in the overall scheme of things. If we ask ourselves if this will matter in 6 months, 1 year, 3 years or 5 years, more often than not we realise that we are just ‘catastrophising’ and making ourselves feel worse.

3. Get over yourself – it ain’t all about you

The last principle is the toughest to accept, but possibly the most useful. It simply asks that you take ego out of any situation that you find yourself in. Buddhists mistrust the ‘ego’. Here’s what they think about excessive ‘I’ thinking:

‘The feeling of a separate “I”, which we call ego-consciousness, is directly related to the strength of ignorance, greed, and hatred. The deepest meaning of ignorance is the believing in, identifying with and clinging to the ego, which as we have seen, is nothing but an illusive mental phenomenon. But because of this strong clinging to ego-consciousness, attachment/desire, anger/hatred arise and repeatedly gain strength.’

I find it a really useful reminder for myself and for others – not for the hatred and desire parts, but for the ‘attachment’ bit. By attachment I think they mean that we become attached to an image of ourselves in our heads and we cling on to it, protect it, and cherish it to our own detriment sometimes.

For the public speaker, that can mean we become attached to an image of ourselves as confident, professional and capable, that is threatened when we’re exposed. We become defensive and closed, rather than accepting and open. So when we are nervous we pretend that we aren’t or find excuses, and excuses, blame or defensiveness stop us learning from our experience.

If you find yourself worrying about how you look or feel when you’re speaking, you’re putting your own experience above that of your audience. It’s become all about you.

How can you fix it?  I suggest to the self-conscious speaker that every time their attention drifts to how they are feeling, they should take that as a sign that not enough of their energy is focused on the audience. They should take that as a reminder to focus on the audience in that moment, by looking at them; talking to them; asking them questions; noticing their facial expressions and welcoming their attention. Do any of those things and your self-consciousness drifts away to be replaced by a connection to the crowd.

Focusing on the other and not on the self – ‘getting over yourself’, in other words – helps the nervous speaker because it re-balances them and re-frames their current position. It tends to help  a speaker stay objective and ‘in the moment’ rather than locked in their head.

I realise that this bluntness may not be everyone’s cup of tea and flies slightly in the face of conventional wisdom, so if you feel it’s too much, let us know.