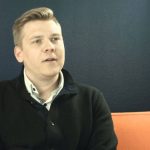 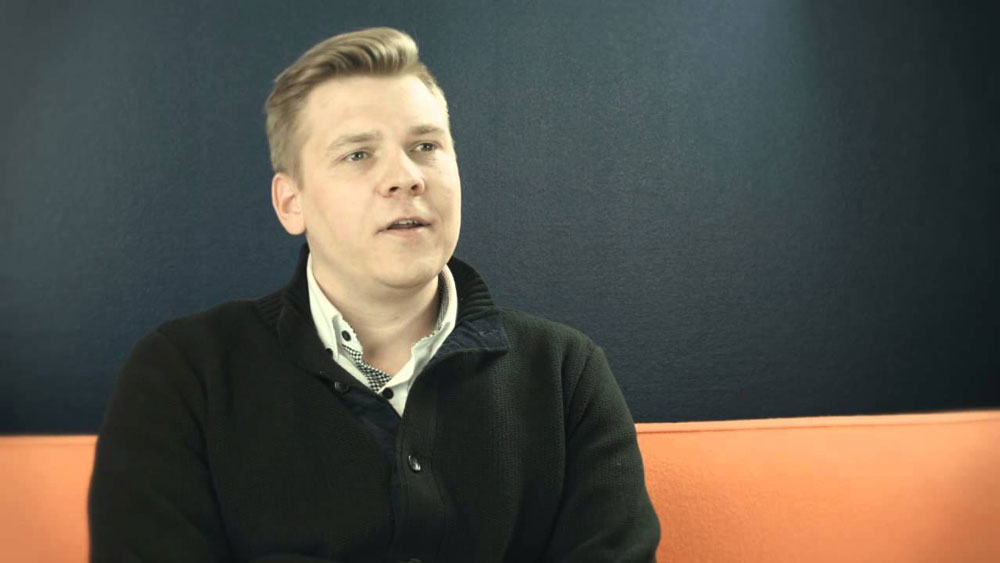 Timo Sorri is the go-to-guy for well-designed presentations, digitalised sales content and account based sales and marketing campaigns. His founding idea for Havain Oy was, and still is, to provide a simple, fast and practical solution for companies and individuals that want to get good results from their presentations.

We want to help our readers build their skills as presentation designers, speakers and coaches, learning from a wide range of our colleagues from across the world. In our occasional series, The Guru’s Big Five Questions, we ask the same five questions about inspiration, hopes and role models in the ever-changing arena of world-class presenting. Over to Timo:

It is hard to name one that stands above the others. There have been many great speeches already named by others that I also could have named.

However, since I need to pick one, I will say Winston Churchill and his speech “Their Finest Hour”. This as well as other Churchill’s speeches were made at a time when radio still was the mass media. From this speech you can hear that Churchill knew how to “write and speak to the ear”.

He makes great use of rhetorical devices that I cannot even name, but which I know are there, such as:

“If we can stand up to him, all Europe may be free and the life of the world may move forward into broad, sunlit uplands. But if we fail, then the whole world, including the United States, including all that we have known and cared for, will sink into the abyss of a new Dark Age…”

It is incredible how he could make his message so visual and powerful, although at that time he only had one sensory channel (hearing) to convey his message. Speakers today can learn a lot from this speech.

It’s an Apple pitch, but not the work of Steve Jobs. It is the poem created for Apple’s “Think different” ad campaign in 1997.

Here’s to the crazy ones.

The round pegs in the square holes.

The ones who see things differently.

They’re not fond of rules.

And they have no respect for the status quo.

You can quote them, disagree with them, glorify or vilify them.

But the only thing you can’t do is ignore them.

Because they change things.

They push the human race forward.

And while some may see them as the crazy ones,

Because the people who are crazy enough to think

they can change the world,

Are the ones who do.

Though brief, it succeeds both in paying a homage to the people who challenge the status quo and positioning Apple as the company that lives in the crossroads of technology and liberal arts.

It was made by the TBWA team headed by Rob Siltanen who, based on his last name, appears to have Finnish roots. Hurray!

Finnish cosmologist Esko Valtaoja. Probably not well-known for the big audience. He has the ability to explain the complex concepts of astrophysics so that even a dumb engineer like me understands. Amidst all the negative tone in news media, he also gives hope that we can and will solve problems through our technological progress.

His counterpart in the US, Neil Degrasse Tyson goes in to that same category.

I also need to remind myself constantly about that. People want to see other speakers succeed. But it is a waste of time both for the audience and the speaker, if not enough preparation has been made.

So plan ahead. Block some time off from your calendar to prepare for your speeches and presentations. You don´t necessarily need to put that much active time into crafting your presentation, when you start the process early enough. Your unconscious mind will help you. If you give it the cue early enough.

My inspiration for public speaking and presentations came back in 2008 from a book by a Finnish public speaking coach Juhana Torkki. The book is called “Puhevalta”; that is, “Speech Power” in English.

Finland is not known for having a great tradition in public speaking. We are traditionally very fact-oriented when we speak. In his book, Juhana laid out a new path. His thesis was that we could start using speech not just to convey information, but to transfer emotion and inspire action.

That struck me and I knew immediately that I wanted to learn more about it and one day help others become better presenters. That lead later to me founding my company, Havain.

I am still inspired by the same people who were my inspiration at the beginning. Plus I have had the chance to work with great customers and employees from whom I always learn new things and with whom it is always a lot of fun to work.

Founder and CEO at Havain Oy
Timo is the go-to-guy for well-designed presentations, digitalised sales content and account based sales and marketing campaigns. His founding idea for Havain Oy was, and still is, to provide a simple, fast and practical solution for companies and individuals that want to get good results from their presentations.