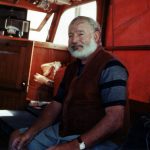 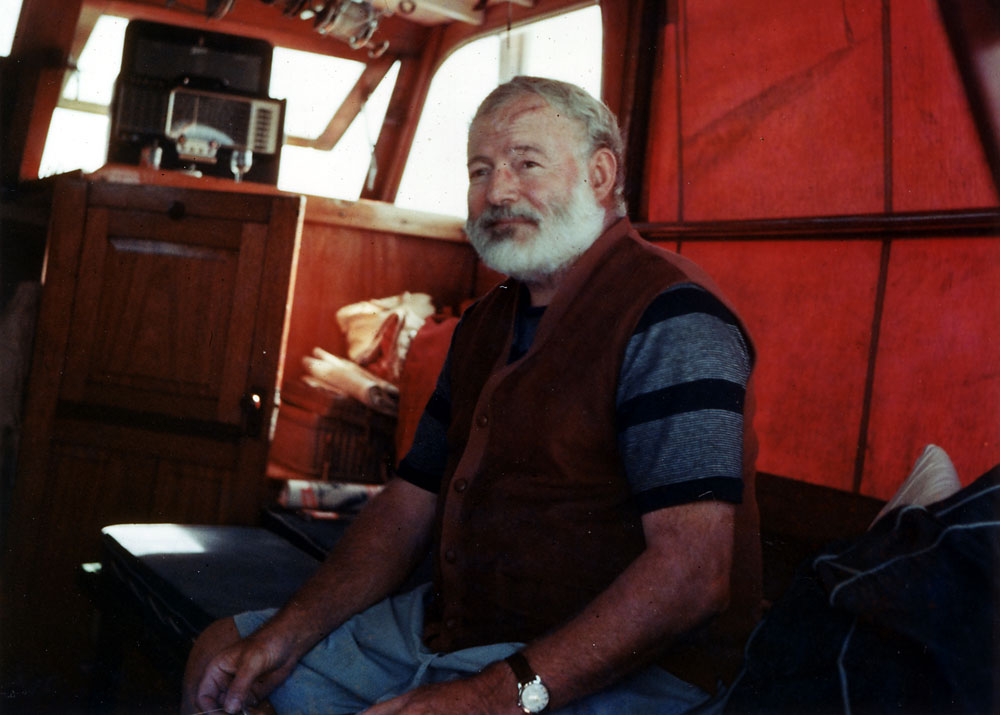 We recently explored the neuroscience behind telling a story, and more specifically how it appeals to an emotional response from an audience. But how long does a story actually need to be to get an audience emotionally invested? According to Hemingway, six words was more than enough.

Someone once bet Ernest Hemingway that he couldn’t write a story in six words. Instantly, he turned around and said:

Hemingway made his point, and made his reputation by writing Great American Novels of 50,000 words and more. But stories don’t have to be so long to make sense or make a powerful point. And you don’t have to be Hemingway to get ahead of the game when you stand up to speak in life or in business.

I was reminded that stories don’t have to be long to be powerful by a young guy I was working with a couple of years ago. We were exploring the power of storytelling with a group of graduates at an energy company in the USA and they were interested, but not truly engaged in the session. It was designed to get them to see the power of a story to help them make a point and I had given them a task to do:

Think of a story that means something to you and tell it to your colleagues to see if it means something to them. It was a pretty simple bit of work, designed to make an unconscious skill that most people have (simple storytelling) a conscious and deliberate act as a tool that they could go on and use to help them influence people around them.

It’s usually a really interesting session that leads to a real deepening of their understanding of how to use their own stories with confidence, and to a deepening of the relationships in the room with their colleagues. But today it was all a bit of a struggle. There was a lot of reluctance in the small group of Grads around me. I asked them what was wrong. They said:

All understandable and common fears, no matter how experienced we might be. I tried to talk to them about their fears, offering gentle advice and encouragement, but on this day I decided to be truthful with them. I said that the reason we were doing it is because it is hard. It is so much easier to walk into a room anywhere and keep the message between you and the other people purely factual, unemotional and abstract; to build a barrier or allow a barrier to stay in place between you and them. But if you want to become a really good speaker, someone who can move people, you have to learn to do 3 things:

After that inspiring ‘pep talk’, I looked around at my group and saw the same cowed expression. One flatly refused to do it, and most of the others seemed decidedly unconvinced. There was silence for what seemed like an age. Then Mike, the quietest guy in the group, whispered ‘I’ll do it.’ They all looked at him, then at me. ‘That’s great, Mike, thanks’, I replied. He said,

I repeat his story in full here because I remember almost every word.

‘My first memory is sitting by a hospital bed, on my mum’s knee. My dad was in the bed. He’d been burned over 70% of his body.

He worked on an oil rig in the North Sea. 30 miles offshore. There was an explosion and he was 7 stories down inside the structure and he had to get out. The whole place was on fire. His clothes were on fire, his hair was on fire. He could feel his skin melting off his face and he ran up 6 flights of stairs to the surface. He reached the bottom of the final set of stairs. He could see the sky and safety. He could hear his mates calling him up, but he couldn’t get there. He was done. He thought, ‘This is the place that I’ll die.’

He looked at the daylight beyond his reach, at the clouds, and the faces of his friends;and he closed his eyes as if for the last time. As he did, he saw and image of my mum at the door, holding me in her arms, smiling and beckoning him on and up. He found one, last,  huge burst of something from inside. He got up from the floor and crawled up the stairs to collapse into the arms of his rescuers. He was saved. He spent months in hospital, and he’s alive and still working today aged 60.

Thirty nine of this colleagues didn’t make it out. He was the only man to get out from so far down…’

I looked around the little room that we were in. There were tears coursing down the cheeks of some of us. There was absolute attention. None of us could speak, none of us could find words, and we were, truly, hanging on every single, simple word. He finished his story.

‘…So when I think I’m having a hard day at work, I think about my dad and I realise that I’m not…’

He was no Ernest Hemingway, but boy did he tell this story. He didn’t try to dramatise, or deliver it with some kind of fake passion, he told the story as himself, with simple authenticity. The young man that told the story was as  quiet, self-effacing and sincere in telling the story as he always was.

It meant something to all of us, because it meant everything to him.

The lesson that I take away from this experience is that if you want to move hearts and minds beyond the logic of what you’re saying, sometimes only a story will do and they don’t need to be long. Mike saved the session for me. How? He made the abstract thing we were working on, ‘real’. And most of the others then followed the lead that Mike had showed, and told their own, simple stories about their lives, their experiences and their lessons, and nearly every one of them meant something to the rest of us. Mike changed all of our worlds in a small way, just by telling a short story.  A few more than 6 words, but not much more than Hemingway’s response to the challenge.

In the next post we’ll deconstruct Mike’s story to show us how his 60 seconds of meaning followed the rules that Hemingway used in his even shorter story, and the classic 3-act structure that is such a fundamental skill for all writers, designers and speakers that we use it constantly as a reference for all of our work.