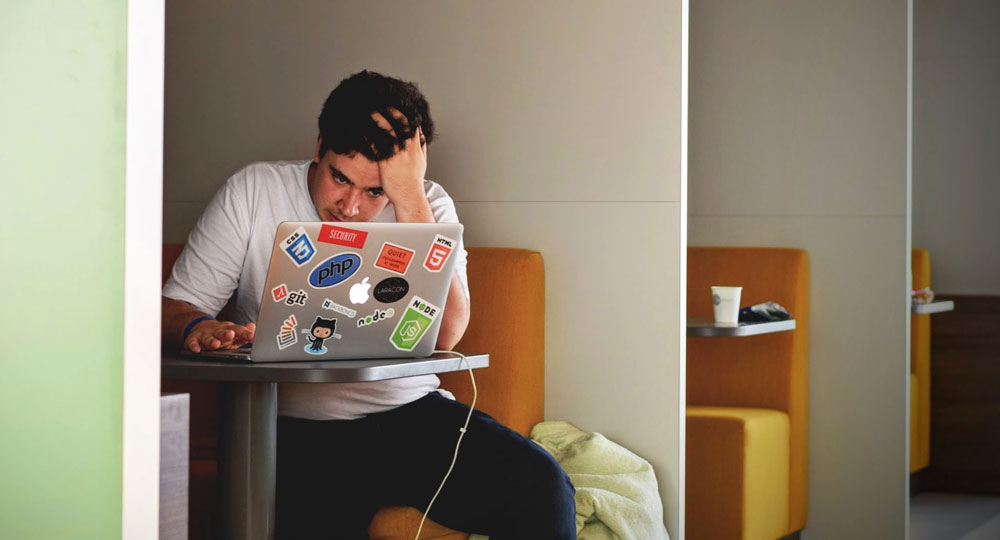 Have you ever felt you were losing the ability to produce anything worthwhile? Anyone, at any point in their writing career, can experience a creative slowdown, a time when they just completely run out of inspiration. But before you completely throw in the towel, read this article from Giovanni Segar who offers up 7 tips for overcoming (because you can overcome it) writer’s block and getting you back on track to writing that engaging speech you knew you could before your brain turned to mush.

Lately, I have been preparing to deliver a TEDx talk at a local university. As I’ve crafted this speech, I’ve been reminded that it is all too easy for me to write very dry speeches even though one of my trademarks is humor. What do I mean by dry? Well, the last few sentences were dry. Hope that helps.

Some speech topics lend themselves to humor – others not so much. I’ll let you guess which one this TEDx talk is with only one piece of information: it’s about “reactionary law”. I’m yawning just typing that.

So how do you take a topic like that and make it engaging? How do you go from matter of fact speech outlines to a speech that will get your audience to lean in for more? And how do you keep writing when your idea jar is already tipped over and empty? Here are a few tips that have worked for me.

1) Write in the correct context

Studies have found that your surroundings affect the way you write and think. When writing his impressive book “Pre-suasion”, Robert Cialdini found that he wrote in a very technical voice when he was in his office surrounded by academic books. But when he wrote at home, he was more conversational.

Try to find a casual place to write your speech. If you can’t concentrate, try writing down a few sentences at a time as you think about your speech in random contexts. Take those bits and pieces and insert them into your draft later. Some of my best phrases have come from conversations in the car with a friend.

2) Take some time away

I am a quick speech writer. I can often finish a 10 minute speech script in one sitting of a couple of hours. That doesn’t mean it’s ready to go – simply that I have an ‘ok’ speech written. But if I were to read it back, I’d immediately notice some issues with it.

Most commonly, a freshly written speech will not flow easily from your mouth; it’ll seem dry, or it’ll seem repetitive. It could also seem cheesy or confusing. But if you try editing immediately, you’ll only be somewhat successful. After all, you just wrote it. Why would you expect any different of yourself a couple of minutes later?

This is why I do one quick run-through after writing, then wait a day before coming back to it. I often easily find fixes to the most complex problems.

3) Speak out loud as you write

As I mentioned above, it’s common to write in a way that doesn’t translate well to speech. There are some sentences that would be hard to follow on paper, but easy to follow when delivered properly. More commonly, there are sentences that are easy to read but difficult to understand verbally.

Next time you write, try saying each line out loud before you write it down. It’ll help you get ahead of those tongue twister sentences.

Also, if you’re like me, there are some word combinations that just make you stumble every time. If you practice it several times and you still stumble over it, I can almost guarantee that will happen to you when you’re up on stage. Change the wording.

4) Be purposeful about humor

While I naturally add jokes as I write, it’s usually not enough for my speaking style. Learn from the most watched TED talks – almost all of them have plenty of humor.

Here’s one of the easiest ways I’ve found to consistently add humor to my speeches: take a list of three that you use in the speech. Now, change the third item to something unexpected and humorous.

For example: People generally turn to three things to help them on bad days: sleeping, drinking coffee, or snorting cocaine.

I don’t have time to delve into it here, but you can check out this very comprehensive post on how to add humor to your speech if you want some help.

5) Watch other speeches for inspiration

As I was writing my TEDx talk, I drew a blank several times. Honestly, this topic was difficult for me. Just like writers read books to get inspiration for their work, us public speakers can learn from others.

It’s quite cliche to talk about TED talks, but they’re honestly such a great resource. As I’ve prepared to give mine, I’ve realized just how careful the selection process for speakers is. It’s no wonder so many of them turn out well.

Watch some speeches you admire on similar topics, and you’ll be back to the writing pad in no time.

I have a habit of talking to myself. It happens less now that I’m older, but I still enjoy it a lot (I don’t know why). When I got into public speaking, this became a huge resource. I practised speeches in the shower, in the car, or when I was alone in my room.

I cannot recommend this enough: after you’ve written a draft of your speech, give as much of it from memory as possible. Don’t worry about getting the exact details, just ad lib as you go along. You should remember the main points and general outline of the speech just from having written it.

As you do this, you’ll start to add or remove pieces as your brain tries to remember what you wrote. I find that I can stretch out a 10 minute speech to three times as long if I’m in my car because I just start to ramble and create new content. As I do that, I capture the moments of inspiration. Sometimes, I come up with better points or better explanations while doing this. I write them down as soon as possible and edit my speech later.

Call me crazy, but it works.

7) Come up with a catchphrase

Do you want to inspire change in your audience? You need to make sure they remember your main point – it needs to stick with them.

It is not as difficult as you may think to come up with a catchphrase. Unless you get lucky, it will probably take a bit of work. But there are specific steps you can take.

This guy came up with a simple catchphrase (it’s not even clever) that will help you remember how to use a paper towel correctly. That simple TED talk has probably caused more change in behavior than most, even though the topic seems trivial.

Earlier this month, I dreaded working on my speech. I had already written the first draft, but it just felt so dry. My dream of making an impact with my TEDx talk was starting to fall apart. It all sounds so melodramatic, I know – but I can easily get down on myself about things like that. Now, I’m pumped about it.

If you’ve experienced a similar disinterest in one of your speeches, you now have 7 useful tools to help recover that spark.

Thanks for reading and happy speech writing!

Speeches to inspire you – recommendations from the Gurus: Big Five Questions

How to Kick Start your Inner Creative

When used properly, humour is a powerful tool: Using Humour in a Presentation – It’s no Laughing Matter!

Loads of examples of how to use humour: Laughter – the Best Medicine to Cure a Boring Presentation

Founder at Potent Speaking
Giovanni is a public speaking coach and enthusiast. He works full time as a marketing manager at a software company in beautiful Bellingham, Washington. In addition to working in the field of marketing, he often takes on marketing clients with his freelance business. Since one side business isn't enough, he also does public speaking coaching and occasional blog posts on his website, Potent Speaking.