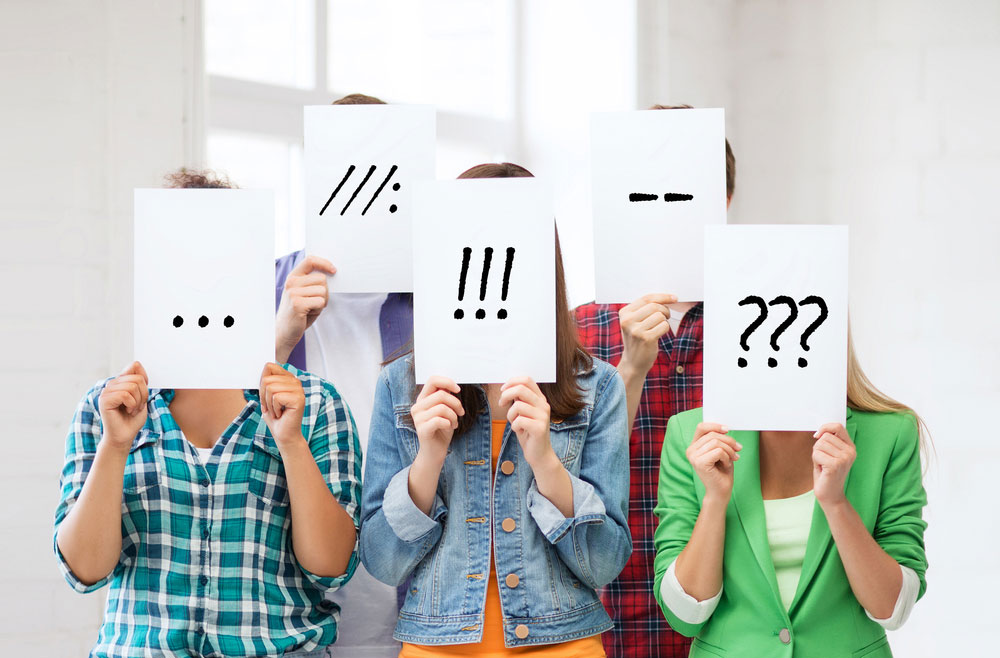 We are delighted to welcome Dr. Nick Morgan to our contributor team at the Guru. Nick is a speech writer, consultant and entrepreneur behind the ever excellent Public Words blog, that features a consistently high quality of thought, writing and expertise on everything to do with communicating powerfully in business and in life. This article is one of our ‘Must-Reads for Presentation Professionals‘ that we think should be required reading for every designer, presenter, coach and writer engaged in our industry today. In it Nick explores that over worked ‘truism’ that in a speech only 7% of the meaning taken by the audience, comes from the words.

What is it about the infamous Mehrabian study that means that it is still misquoted and misunderstood nearly 45 years after its debut? Just the other day, a benighted individual sent me an infographic that referred to the study, richly and completely misrepresented in all its glory as showing that “the important part of communication is non-verbal.”

That individual was quite offended when I turned down publishing the infographic on my website merely because it was inaccurate. How dare I?

Not long before, I was giving a speech and an audience member quoted to me – again, incorrectly – the usual Mehrabian takeaway, that “93 percent of all communication is non-verbal.” And even after I explained the study correctly, someone raised his hand and said, “So, it doesn’t matter what you say, it’s how you say it, right?”

Give me strength. But save most of your pity for poor Albert Mehrabian, who has attempted to dissociate himself from the study, so frustrated is he by the endless misconstruing of his intent and what the study actually shows.

But let’s try to put the study to bed one last time, tuck it in, and turn out the lights on this baby.

Here’s what the Mehrabian study did – and didn’t do. (I’ve actually read the original study – something most people fail to do.) Mehrabian had an experimenter read words to an audience of a few college students, single words like ‘love’, in different tones and with different expressions.

The assumption was that these clever college students would pick up on the disparity between saying “love” like you were in love vs saying it like you were angry, or indifferent.

Then, he asked the audience how it knew what the speaker really meant. He didn’t test for that real meaning – he assumed that everyone picked up on the gap between words and attitude. He was focusing on something else. Where did the audience get the clues for the real intent behind the words? He wasn’t asking about the words at all, or the intent itself, but rather how the audience thought it decoded the speaker’s intent.

The sharp-eyed reader will note immediately the weaknesses in this approach. First of all, the sample size – a small number of 1970s-era college students. Difficult to generalize too much from that.

Second, the experimental design. Mehrabian asked the audience to report on how it decoded the speaker’s intent. He gave them three choices. But this kind of self-reporting is of course liable to error. What if an audience member thought he decoded the intent behind the speaker’s words by looking at, say, the expression on the experimenter’s face – but actually that audience member was more influenced by the tone of voice and was simply unaware of that? And the design of the experiment didn’t allow for checking on the accuracy of the impression the audience formed of the actual intent of the experimenter, because that was deemed irrelevant to the study.

So given the limited nature of the study, what was the point then, and why does the fuss continue to this day? Mehrabian’s work was all about what he called the ‘silent messages’ – how people communicate implicitly their emotions and attitudes. His big insight – wait for it – was that when words and non-verbal messages were in conflict, people believe the non-verbal every time. For example, when a spouse asks, “Are you still angry with me?” and the injured party responds “No,” with folded arms and an angry tone, only an idiot doesn’t realize that in this case ‘no’ means ‘yes’.

We get most of our clues of the emotional intent behind people’s words from non-verbal sources. And when the two are in conflict, we believe the non-verbal every time.

That’s what Mehrabian said, some 40 years ago, and it still is true and powerful today.

Here’s the essence of Mehrabian’s legacy – or what should be the essence. Every communication is two conversations: the verbal one — the content — and the nonverbal one — the body language. If the two are aligned, you can be a persuasive, authentic communicator. You may even come across as charismatic.

If the two are not aligned, people believe the nonverbal communication every time — and you will not seem authentic, even if you’re just authentically nervous! People will believe that you’re faking, or hiding something, or not completely present.

Most of us tend to think of the first conversation, the content, as the important one. We worry a lot about what to say when we’re preparing for an important meeting, giving a big speech, or proposing marriage. And yet we rarely give as much thought to the second conversation: the body language. At least in advance.

Then when the communication doesn’t go well, we’re surprised and don’t understand why.

The reason is usually – as Mehrabian understood so well – that our two conversations have been in conflict with one another. Our words were confident perhaps, but our body language — the second conversation —was nervous. And as research into how the brain works grows in depth and sophistication, we’re coming to understand that what I’m calling the second conversation is actually more important in some ways than the first one – but only in some ways.

We’re still learning about the brain, but it is clear that our normal, everyday working model of it is a little outmoded. Most of us think that we’re relatively rational beings. We get a thought, we decide to act on it, we instruct our bodies to move, and they do. So, for example, we wake up in the morning and think, “I need a cup of coffee.” Our brain then instructs our under-caffeinated body to go to the kitchen, prepare the coffee, get the mug out of the kitchen cabinet, and drink ourselves into wakefulness.

But it doesn’t actually work that way much of the time. And here’s what Mehrabian couldn’t know at the time, because the research hadn’t been done yet. We get nonverbal, unconscious impulses for a lot of the important things that drive us: relationships, safety, emotional needs, fears, desires, meeting new people, seeing old friends, and so on. Our bodies immediately start to act on these impulses, and then, a bit later, we form a conscious thought about what we’re doing. It’s as though our rational minds are explaining to ourselves after the fact why we’re doing something.

That intent comes from somewhere deep in the brain, beneath where conscious thought originates. And that intent governs a good deal of our supposedly rational lives.

We are all unconscious experts at reading other people’s body language. We learned this from a very early age, back when our lives depended on getting food, love, shelter, and dry diapers. Nevertheless, few of us are good at reading body language consciously. Instead, we get impressions and ascribe intent to the other person. This process of decoding intent is what Mehrabian was trying to understand better – and what his little study’s design couldn’t really get to in any accurate way.

We think to ourselves, He doesn’t like me very much, or, She’s trying to cut me out, or, They really think I’m funny — I should keep talking.

And it’s at this level of intent that most of our own body language begins. What was hard in Mehrabian’s day is still difficult. If you put together this primacy of body language in many important areas of human concern, with our unconscious expertise at reading it, you get a paradox when you start to think about improving your abilities as a communicator.

Here’s the rub. If you start to think hard about your body language because you want to control it and make it align with your content so that you’re persuasive, authentic, and even charismatic, you run into a problem: you’re thinking consciously about an unconscious activity, which slows your body language down and makes it happen just a bit late.

The people around you, those unconscious experts, sense that something is wrong, but they can’t put their fingers on the problem precisely. They’ll think something like, He didn’t seem real, or, She looked fake — scripted or something.

They won’t tell you the real problem — that your gestures and content are out of sync — because they’re not consciously aware of what’s going on. It needs to go like this: intent – gesture – thought – words . If you try to control your body language at the level of conscious thought, it will come out like this: thought- words – gesture. And it will look all wrong.

Getting that sequence right, and fully understanding how body language reveals intent so that we can begin to become intentional communicators – that’s the proper legacy of Albert Mehrabian and his little study that continues to be misunderstood in a big way.