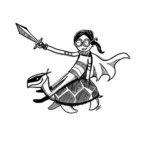 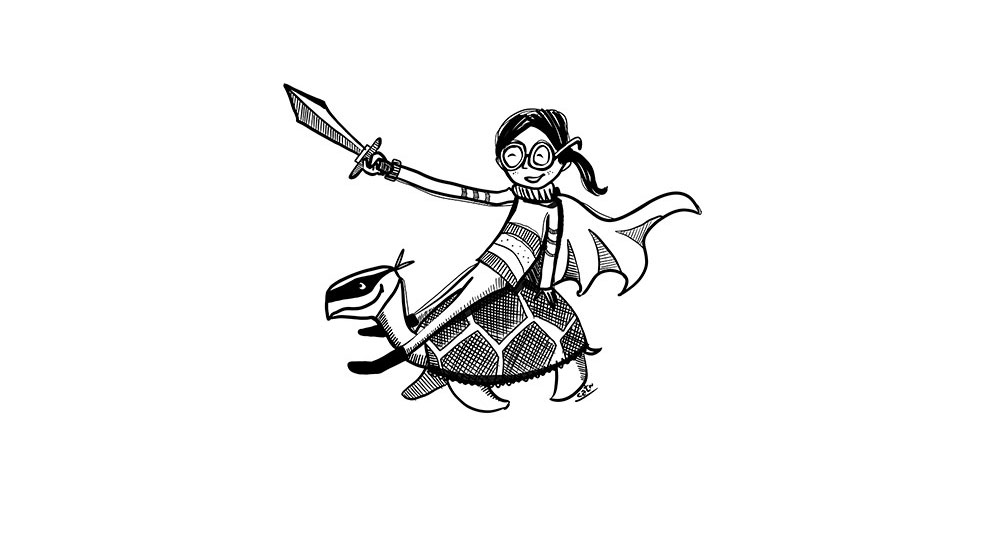 Take some time to remember one of the most famous of Aesop’s Fables.

A slow, yet persistent reptile defeats a famously quick and cocky rabbit. Despite various setbacks, the underdog tortoise keeps at it and is rewarded with a victory. The fable transcends age and time in its lesson: Never give up. We all heard it, felt it, and many of us truly applied it to our lives. It’s a valuable lesson worthy of repetition.

However, no matter how many times you tell someone to never give up, it may not resonate. It takes more than hearing those three words to make a change in oneself or another. It takes feeling it. It takes a Story.

Despite what is often thought, Aesop’s weren’t made for children. Their target was adults and had the goal of trying to shape their behaviour in society – and they worked.

The Science of Stories

The Tortoise and The Hare is a simple yet clear example of a didactic story. The story does not tell us what to do, it shows us. It gives us a chance to make our connections and wiggle them into our context, adding personal meaning to it.

A didactic story is suggestive, giving the listeners an active role in the suggestion through their interpretations. This engagement allows the audience to go away with a lesson that they extracted. Instead of taking orders from someone, the listeners can apply their knowledge instinctively from their personal and professional growth.

The science of storytelling is irrefutably proven in business storytelling or life lessons learned through fables as children. Young and old, we remember, understand, learn, empathize, and most importantly engage through stories. People retain 65 to 70 percent of information shared through stories while only 5 to 10 percent is retained when presented as data and statistics.

To put it simply, didactic stories make it stick. And by knowing How to Tell Stories educationally, conscious salespeople have a strategic advantage. That is why it’s time to maximize your power of didactic storytelling to educate our stakeholders.

As didactic as it may be, it is not recommended to use The Tortoise and the Hare in your presentations. Most listeners have heard it, processed it, and subsequently exhausted their connections on the matter, leaving them uninterested with wandering minds. Christopher Witt and Dale Fetherling in their book Real Leaders Don’t Do PowerPoint: How to Sell Yourself and Your Ideas (2009) suggest crafting a personal story from your own life – a tale of your own.

You can become the Hero of your Story, going directly through the plot: with a problem, facing the climax, and harvesting the resolution. It not only shows off your creativity, but engages the audience’s emotions, imparts a message, and makes the speaker accessible and authentic.

Your transparency plays a big role in Captivating the Audience. And as psychologists Shamir and Eilam (2005) discuss, ‘storytelling leaves the listener educated, feeling the information is valid, and confident the speaker is trustworthy’. It adds a whole new layer to your transparency and the trust-generating process.

Breaking Through the Status Quo

Allow me to tell you a story.

I first met a distressed Melissa, now a friend and client, when she was facing dwindling engagement in trade show visitors. They would come from the constant flow and be invited inside the booth she managed. Then, her team would start conversations with the guests to make groups for an interactive conference. She had to have them interested enough to commit to a half-hour long conversation, but she knew if they were convinced to stay through it, her close rates would skyrocket.

What I remember most about that conversation is not the details about her struggle, but how intense her emotions were. She felt so disheartened because results were just an inch out of her grasp, but needed some spark to make the gears run.

Looking for that spark, I told her a few situational stories – how the situation of other clients was similar to hers and how I helped them to solve the problem. There was one that stood out as a breakthrough for us both, though.

Another client of mine had the task of creating a presentation where the content had to change based on the outcome of a previous step. My jaw dropped. He had spent an extreme amount of time creating about 50 PowerPoint presentations to present the different outcomes.

Long and exhausting days into this process, he called me for help and after a short talk, I asked how much content had to be shown on screen. He said, ‘Just a phrase’.

So I asked, ‘Say, why are you using PowerPoint?’.

That was a surprise, but not so much. PowerPoint is still regarded as the staple tool and comfortable crutch for presenting, despite The PowerPoint Problem. We came to realise that his problem was leaving the status quo zone. He hadn’t even challenged the idea of using PowerPoint because that’s what you are supposed to use when you present.

Melissa could get what I meant with the story. Her breakthrough was noticing, identifying the status quo and breaking through it. Mine was realising how many people are hindered by it.

We discussed that her salespeople should try to break the status quo, just as my previous client did. By implementing Conversational (or Non-Linear) Presenting with her team, her salespeople could now be flexible in the conversation with visitors and projected confidence while fast on their feet to address questions. I showed that they shouldn’t hide behind the slides – the responsibility for the conversation and its outcome was in their hands.

See? What storytelling does is teaching by proxy. Stories are didactic instruments, and the Status Quo story allowed Melissa to see things differently in her context and to draw conclusions fitting her scenario.

Often seen as wasted time, storytelling is, in fact, very powerful. Better yet, it is timeless. Stakeholders leave with more than fleeting facts and figures. No matter how many facts you throw at your stakeholders, our brains actually can hold only so many of them compared to the sticking power of experiences in our unconscious minds.

Researchers Camille H. James And William C. Minnis state in their work Organizational storytelling: It makes sense (2004): “stories are regarded as narrative devices that skilful managers call upon when they wish to secure a change in the ways in which their employees and/or colleagues think, feel and act at work”.

But how does it work – at a neurological level?

Meaningful stories fit into our Episodic Memory. That is the part of the mind first revealed by Neuroscientist Endel Tuving in 1985 and regards the bits of long-term memory which are stored into episodes of situations lived or seen. Your first kiss, remarkable college activities, specific celebrations with your family – it is all stored almost indefinitely and is revived easily with little prompting.

That is why Business Storytelling works. The story and the information it carries will go hand in hand, supporting one another. If the message begins to fade, the story beckons it back. Again and again.

From Stories to Sales

As we’ve learned from Aesop, the inspirational and educational power of stories is not new. And now, it is it not even limited to one form. While technology has shaped our preferred presentation methods with special effects and global dissemination, it isn’t the bells and whistles that captivate listeners most.

Just as in Melissa’s story, a more humanistic approach will reach further into your prospects’ emotions. Identify your message, craft your Hero’s story, and witness the might of Business Storytelling – as tales of your sales success will keep on delivering for a longer time than you could expect, to you and your stakeholders.

CEO and Co-founder at wOw Prezi
Pablo Povarchik is an entrepreneur, public speaker and writer who specialises in Business Storytelling and Conversational Presenting. Winner of 2013, 2014 and 2018's Prezi Awards. Pablo helps sales teams to transform stiff, slide-based presentations into fruitful, revenue-generating conversations. Pablo is a proud father and husband, a marathoner and a mindfulness enthusiast.