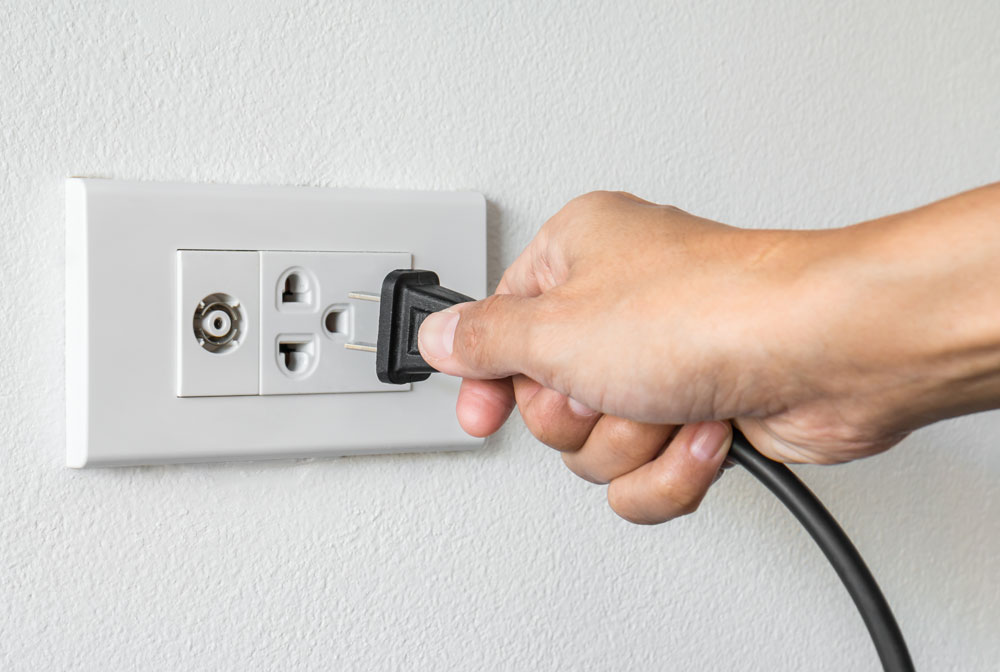 The “slide or no slide” argument is quite a controversial topic  within the presentation industry, and we’ve spoken many times about the use of visuals in presentations.  Here, Simon gives a detailed look into the pros and cons of both sides, with thorough explanations for each. The research suggests that when speaker and visuals work in harmony then both is better of the audience. But in the absence of an effective speaker then audiences would be better off and remember more if they just read the slides for themselves. And in the presence of appalling visuals, it would be better for the audience if the projector caught fire and the speaker just talked. Here’s Simon with the juice…

Yes, I know… I’m asking for trouble here, because it’s an area fraught with some very entrenched positions. I’ve recently been reprimanded on a discussion forum for speakers for describing someone’s opinions as bigoted! Harsh words indeed. At best opinions tend to be dogmatic. In the same conversation, professional speakers suggested things like “If you need slides you don’t have a presentation”.

Let me state at the beginning of this article that I’m agnostic about slides – and pragmatic. I’m a presentation skills trainer with a science background so it’s all about the empirics of what works, for me. And what works depends on what you’re trying to do. If you agree with me here, you can probably skip most of this article to be honest!

One of the problems I come across with the anti-sliders is that they’re looking at bad slides and saying “They’re bad”. But to be honest, that’s the same quality of logic as saying “Mice are grey; elephants are grey, therefore all mice are elephants”. Let’s lay out the times when slides are pretty much a rock-solid waste of electrons and move on, shall we?

When I reach for my iPhone to do something useful in the presentation it’s because:

You know the ones. You’ve seen them. Let’s assume your slides wouldn’t be like that. There are more articles on how to avoid that kind of obscenity.

To cite someone in that online debate I referenced earlier – the slides are a distraction from the ‘main event’… the main event being you, the speaker. I was so annoyed by the hubris of how things were said that I barely managed to resist retorting: if you’re so boring that slides are going to do that, you’re probably so boring you need the slides!

There is, of course, the idea that splitting an audience’s attention isn’t a good thing, and I have a lot of sympathy with that. If they don’t know where to look they get confused and that can lead to a drop in attention, recollection and action – the very point of your presentation! When you’re telling a story with a very personal bent, it can be a remarkably handy tool to focus all eyes on you: it’s a very powerful moment.

Fortunately the solution is simple – just add black slides to your presentation.  At the points when you want the all-eyes-on-you thing to happen, just fade elegantly to black on the screen and it’s a certainty that everyone will focus on you. (If you’re taken by surprise by the need to go to black, a less elegant solution is the B key on your keyboard.)

A suggestion I have a lot more sympathy for is the idea that slides – and all the technological paraphernalia that goes with them – makes it harder for the presenter to concentrate. He or she is splitting his attention between:

To be fair, the same sort of argument applies in principle to microphones, but that’s a different story. No one suggests that we should do without microphones in big rooms.

I’m afraid the solution here isn’t as simple as for the distraction argument. It’s a question of becoming technically competent. Rehearsals are key. All too often I find clients tell me that they rehearse, but what they actually mean is that they skip through their slides on their own computer, perhaps muttering to themselves as they go. That won’t do. What you need to do is go through the whole delivery process. Fire up your laptop, connect it to the projector or TV, hold your remote, and GO.

There’s more to rehearsal than that, of course, but this is an article about slides, not performing!

FOCUS ON THE MESSAGE

There’s another argument I hear, which is that when people are creating a presentation they spend so much time faffing around (great word, faffing!) with their slides that it takes over their focus and they forget to spend time looking at other things. Twenty minutes spent tarting up a couple of slides might very well be better spent on the floor, refining what you’re going to say.

Agreed. A little common sense would solve that problem, but it’s definitely a problem!

Finally there’s the question of the audience’s reception fatigue. That’s a bit of jargon I’ve just invented to describe the heart-dulling dread that fills audiences when the lights have to be lowered and they automatically start to disengage because of their prior experience with bad slide decks.

The only answer I’ve got to that is to use slides that don’t need the light dimmed and don’t make the audience feel like they want to be on a beach somewhere… anywhere… but we covered that right at the start by saying we’re going to take it as a given that your slides won’t be crap, right?

For me, making presentations is about doing two things:

With that in mind, let’s just start off with addressing the elephant in the room, okay?  Some things are just easier for audience to understand if they can see them. There’s no amount of spoken word that is going to describe the beauty of a particular mountain range as quickly, elegantly or effectively as a photograph. For me, this is a knock down winner of an argument. If I need to explain a cog system or a gear mechanism then a video of it on a slide can be a life-saver. If I need to look at the difference between two very similar faces, having them side by side on the screen is helpful. And so it goes on.

I’m not saying there aren’t problems and I’m not saying some slides don’t make me want to reach for a sniper’s rifle. Nor am I saying that everything is better with slides – just some things. As an example, I’ve just checked a slide deck I’m going to be using on Friday this week and it contains almost as many black slides as it does slides with content. Whether I use content or not depends on what I’m trying to communicate at the time.

Similarly, if you’re citing or quoting someone, a classy head-and-shoulders pic of them can improve the audience’s relationship with what you’re saying.

Not long ago, I came across a fascinating additional argument for creating good slides which I’d not considered before and it fits nicely with Einstein’s concept that if you can’t explain it you don’t understand it. It’s this idea… the process of trying to create a good slide can often help you get to grips with what you think and what you’re trying to say. If you’re trying to create good slides, it can actually focus your thinking. In short, the process of creating slides is a useful working tool in its own right, away from the presentation.

Just because you’ve got slides doesn’t mean you have to show them!

So what’s my conclusion?

For me it’s about the message and then the audience. What that means, surely, is that presenters should take their presentation, topic by topic and decide the best way to communicate it. Surely?

Good, but how do I apply that, Simon?

Normally I’m a very scientific trainer – after all I spent over two an a half decades as a researcher –  but just now I’m going to resort to my opinion and experience – it’s based on a lot of personal research and so on – but it’s just mine: feel free to disagree!

The killer question is whether you should use slides or not, right?  Here’s my checklist. I’ve put it in some kind of order, but it’s not a pure hierarchy – feel free to mess around with it

That’s it. This bit of presenting is more art than science, perhaps.