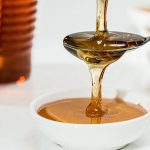 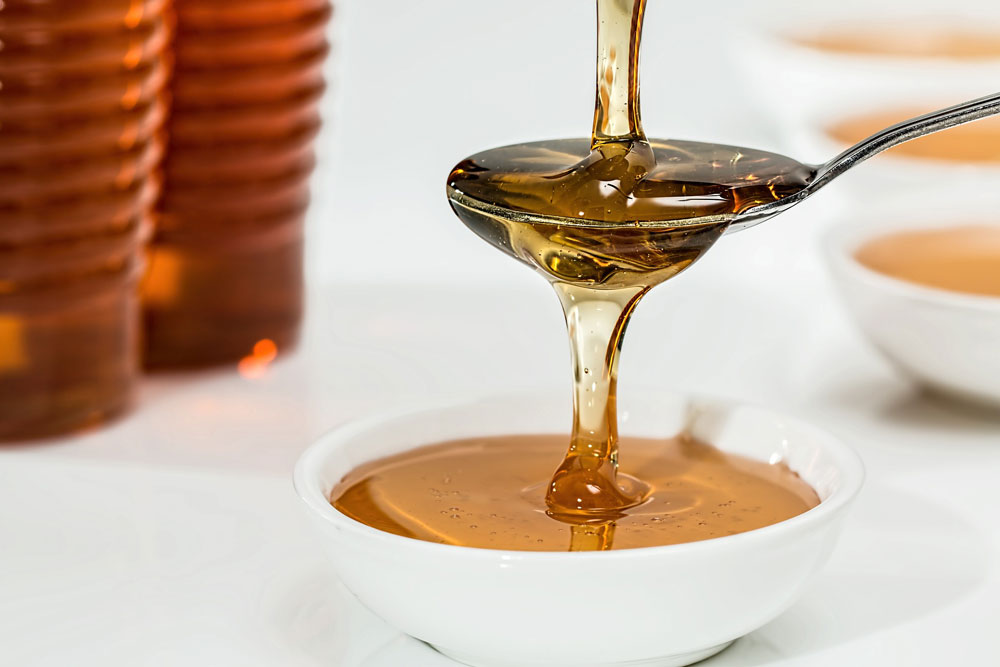 As presenters, many of us have been caught off guard during the Q&A section after a presentation. In this article, Jim gives a detailed list of the importance of rehearsal and preparation, and the necessity for speakers to anticipate what their audience may ask.

Driving home one evening, I listened to an interesting interview on national radio, about a special kind of honey: Manuka honey. Apparently, Manuka is the world’s rarest and most expensive type of golden nectar, and is only available from a few small producers in New Zealand. The Global Marketing Director of one such producer was talking about his product.

Eating Manuka, he explained, has many health and therapeutic benefits. He was an engaging and enthusiastic speaker and my cynical, salesman’s mind began to warm to the Kiwi. The journalist interviewing him was also warming to his pitch and, at the end of the interview, gave him a great set-up to finish. The journalist said,

“Why not take this opportunity to pitch your amazing product to the listeners at home. We don’t usually allow advertising on the BBC, but if you talk about the honey and not your brand, I’m sure we’ll be fine.”

I waited, expecting a good sales job about the life-enhancing sticky stuff, but there came only silence, which on radio stretches on for an age. The Marketing Director’s words had failed him, just when he needed them most. It was excruciating, even over the radio. The journalist again, trying to help, said,

“OK then, never mind, perhaps you could give us one unique thing about your amazing product that will help our audience understand why it’s so special. What does it taste like?”

More silence and my chest tightened in empathy for that poor guy searching for the right word. After a few more agonizing sentences, he found the word: “Medicinal.”

“Medicinal?” said the journalist in utter horror. “Medicinal?” he said again as if unable to believe what he had just heard. He ended the interview with,

“Well that was Robert X from the New Zealand Manuka Honey Producers’ Association making his last ever public appearance.”

From the honey guy, there came not another sound. Not even sobbing. He’d blown it and I’m sure he knew. He had had that one chance. And when the time came he couldn’t deliver.

Why did he blow it?

It was clear that the Marketing Director hadn’t rehearsed enough. It’s as simple as that. How do we know? Because when he needed the perfect words to come, they didn’t. And that almost always means that the speaker wasn’t prepared.

It’s only in films that the perfect words come fluttering to the tips of our tongues just at the right moment. In real life it rarely happens. Even for the most experienced of us. But if we can’t necessarily find the perfect words, we can often find good words; words that answer a question with impact.

So what can we do to make sure that we are not found wanting when our audience wants answers?

Stand-up comedians know something about preparing for the unexpected

They know that, sooner or later, they are going to to get heckled. They just don’t know when. They know that right from the start of their careers and they know that their ability to handle such (often drunk) people will define them. Why? Because the audience expects them to be able to deal with this kind of trouble. When the audience knows that if the comedian can’t handle the heckler then it can spoil the show.

So comedians constantly practise their responses. They write them, rehearse them, steal them and share them, until they are so ingrained into their psyche that they become instantly available when the moment occurs. They rehearse to a point of second-nature fluency. As the late and very great Robin Williams said,

I rehearse every single line I’ll ever say 1000 times so everything I say comes out as if I made it up on the spot.

Here’s a really interesting article that shows the results of that kind of preparation. That the heckler gets put back in his place and told to shut up in no uncertain terms. Be warned. It’s a bit brutal, but it proves the point brilliantly.

And, if you want a terrific insight into how hard comedians work, watch the documentary Comedian, featuring Jerry Seinfeld. You will get to look “behind the curtain” and see the struggles, the insecurities and the incredible amount of work that goes into creating even a short set. John Zimmer outlines what the presenter can takeaway from it in his great article, 12 Public Speaking Lessons from ‘Comedian’.

Salespeople will never admit it but they use “scripts” too

It’s the same for salespeople. They enter their profession knowing that they will have awkward situations to deal with every day. Situations like:

Salespeople know that these moments will occur, but they don’t hide from them; they run towards them. They script, rehearse and refine the perfect play for each occasion, so when each occasion arises they skate through with the grace of a swan. They don’t just have one elevator pitch, they have dozens. How about the conversation opener?

Or for the expected and inevitable challenge to their price:

They practise endless variations to the same theme for every situation that they face. The best of them do it before they face a situation like that. Most of the rest of us do it after we’ve fallen flat on our faces and spend the next hours slapping ourselves and saying, ‘Why on earth did I say THAT?’.

Counterintuitive as it may seem, politicians can teach us a lot too. Just imagine preparing to appear on a TV panel show in front of millions of people, sitting opposite a collection of political opponents and members of the public, all with a point to prove or an axe to grind.

Tony Benn, a former UK cabinet minister and skilled operator, told me once how he prepared for that kind of TV trial by fire. Rigorously. He’d get to his hotel in the afternoon even though the show was only being filmed at 7pm. Then he’d take a box of index cards (post-its work just as well) and write all of the possible subject areas for questions in that evening’s show. They might include the Middle East, unemployment, the economy, the most recent political scandal etc.

Then, Tony would brainstorm the questions most likely to be asked for each of those areas. He would then sketch out the likely responses that each of his opponents might make. Finally, he would think about his own answers, making notes, finding statistics and examples to support his case and weaken his opponents’ case.

Tony would spend two to three hours preparing as if his reputation depended on it. And of course, it did. So it was no coincidence that, even under tremendous pressure and scrutiny, he was seldom at a loss for words. That kind of fluency can only come with massive amounts of preparation.

Pilots know that they can’t be trusted

One of my friends is a commercial pilot. After 30 years flying military fighters with the RAF, the USAF and even the Israeli Defence Force, he now flies passenger jets all over the world. He’s the kind of man with whom you would entrust your family’s safety. My friend has talked to me a lot about the life of a pilot and how 108 years of aircraft tragedies have taught the industry how seldom people can be trusted to make the right decision under pressure.

The media like to paint the picture of the heroic pilot saving the plane. Pilots, understandably, also like that image of themselves. But it seldom works like that in reality, particularly as planes get ever more complex.

These days, pilots are flying a massive set of computers and systems and even their inputs are moderated by electronics, computer programmes and hydraulics. There are many examples of tragedies that have been caused by pilot error alone, and the increasing safety of air travel has owed as much to improved understanding of human behaviour as a contributing factor, as to technological advances over the last 30 years at least. (It’s too long for this post, but for anyone interested, in Malcolm Gladwell’s Outliers there is an excellent chapter on pilot error, The Ethnic Theory of Plane Crashes “Captain, the weather radar has helped us a lot.”)

Pilots are human, and human beings tend to make poor decisions under pressure.

Today, pilots are trained to follow rigorous, written procedures at all stages of a flight, from preparing for take-off to dealing with an emergency landing. When trouble strikes, pilots reach for the plastic cards and read out the procedure that they should follow. A procedure that has been documented and tested to destruction hundreds of times. A step-by-step set of actions that is the proven best way in the industry for dealing with that particular scenario at that precise moment. Why? Because bitter experience tells the most safety conscious industry in the world that preparation and routine saves lives. Unscripted human responses under pressure kills people. And careers.

What can the honey guy learn from all this?

Back to the honey guy. What he can learn from his awful experience is that he isn’t entirely at fault. His humanity is at fault. People are not trained or built to say the right thing when they are most under pressure. They are built to respond quickly to a threat, as the adrenalin squirts into their system. They are given speed, not reason, when they are in danger.

Nevertheless, as we have seen in the cases of salespeople, pilots and stand-up comedians, reasoned responses to the unexpected can be prepared in advance. So here are three things that the honey guy can do to prepare next time:

If we spent time identifying the one, most important, thing that we want the audience to remember as the first thing, we would start there when we were asked to reduce. We’d start with few and expand to many.

Let’s try it with Manuka: Write down everything that you know about Manuka honey – no doubt we get a lot of information.

The key point is to write, speak and refine the responses so that they trip off your tongue when the need arises. Try it now with Manuka as defined here. See how easily the ‘one single point’ sticks in your mind? See how easy it is to expand to the next level?

If you speak in public, sooner or later you are going to be asked questions. And yes, those questions will not always be easy. However, if you prepare for questions the same way you prepare for your presentation, you will be surprised just how many “unanticipated” questions you can anticipate.

Don’t neglect questions when you prepare for a big speaking engagement. Give it some thought. Focus on key areas where questions may arise. Practise your answers. If you prepare properly, then, when you answer the questions, the words will drip from your tongue. Like honey.